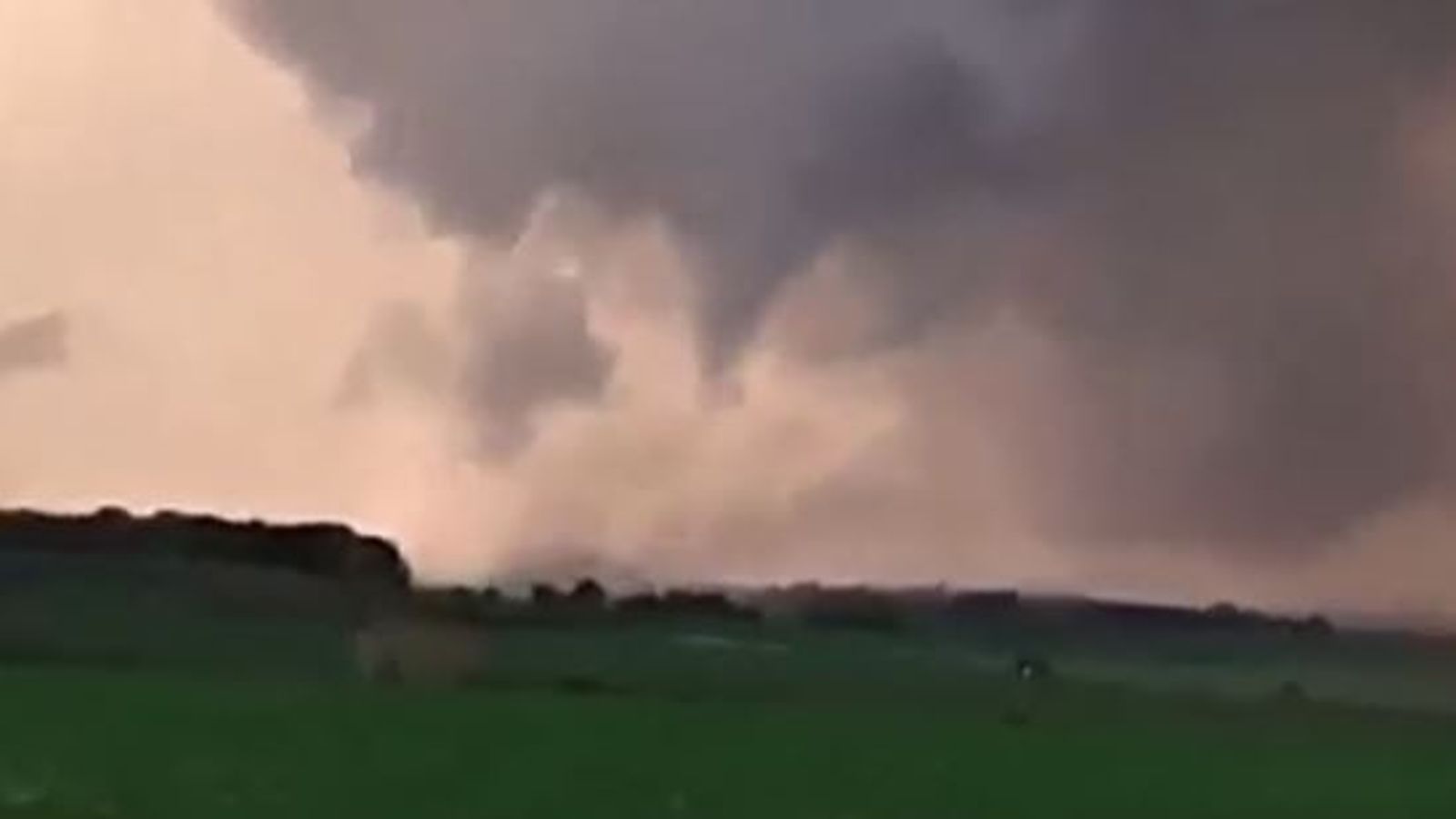 One person was injured by a mini-tornado that swept through northern France, near Calais, on Sunday. It also damaged many homes.

Social media footage shows a black cloud rising in the shape of a tornado high above the skies of the Bihucourt commune.

France is bracing for storms after a spell of unusually warm weather that swept through the region.

Pas-de-Calais’ local authority has stated that one person sustained “light injuries” when the tornado swept through the department.

A heavy goods vehicle was also involved in an accident that occurred in Croisilles.

Meanwhile, about 50 homes were damaged in Hendecourt-les-Cagnicourt, and two families had to be relocated.

The tornado caused a collapse of a Mory farming building.

Meanwhile, electricity was down in the municipalities of Bihucourt and Hendecourt-les-Cagnicourt.

According to French news agency BFM-TV, the mini tornado tore the roof of a Bihucourt church and left debris all over the roads.

On Sunday night, the local authority stated that “the situation is under control.” Paramilitary police officers, the gendarmes, will be present in affected areas throughout the night.

See more news from around the world:

A diplomat exiled claims that Putin would spare 20 million soldiers

France’s interior minister Gerald Darmanin tweeted: “The East, and North of France were affected by heavy storms. Numerous municipalities in Pas-de-Calais were affected by the tornado that caused significant damage. Violent bad weather in Somme

“Solidarity with residents of the affected municipalities”

Pas-de-Calais’s local authority advised residents to stay home and not work on rooftops.

Also, people were warned not to touch any fallen electric wires.