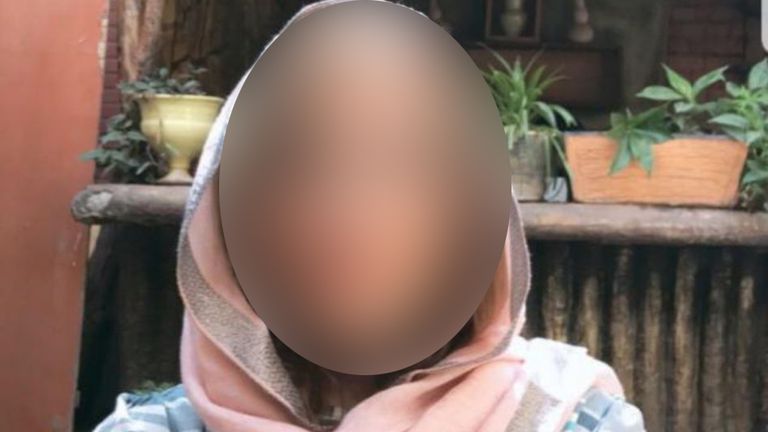 Mina was released from solitary confinement just a few days before.

For participating in the demonstrations that swept her country, she was arrested by Iranian force twice.

She spoke to Sky News via voice notes, which were sent over encrypted messaging apps. She shared her story and explained why she would risk her life to secure Iran’s change. To protect her identity, we have changed her name and kept some details secret.

She says, “Our entire life has changed.”

Mina, a young academic in her 30s, was focusing on her PhD in the Kurdish area of Iran before the death of Mahsa in September.

She claims that the protests against the young woman’s murder have transformed the lives of Iranian and Kurdish Iranians.

Mina was usually found in the library studying and spending time with her friends. However, Mina was taken into custody and placed in isolation by the intelligence office of the regime a few days back.

Learn more about Data and Forensics

“This is where detainees will not be transferred to the justice system. She explains that they are subject to beatings and torture.

Sometimes the torture is physical, sometimes mental, or a combination of both. Mina is too scared to tell us what she experienced in her voice messages.

Two of her female friends were released recently from Sanandaj’s juvenile detention center, which is the capital of Kurdish Region.

“Instead of [the police] threatening, intimidating and trying to frighten them. They make people question their beliefs. This is a form of intense psychological violence.

“That woman’s future will then be also targeted. They can cause the woman to lose her job or make her life difficult. This can cause crippling fear.”

Mina was also detained, she claims illegally, during protests in the past. She was interrogated and her laptop and phone were taken away.

She now has a lawyer who helped her escape from detention and to bail her out.

Mina was released from a cell and taken to a place she calls a home. Mina was again held in solitary confinement until her recent release.

Mina believes that the authorities have taken so many people into custody that they are running out of cells.

She also knows two other student protesters, who were not held in traditional cells.

They were kept for one week in a basement full of protesters. They said they were beat with iron sticks and cables.

“The jails are full so they now use basements and houses to hold protesters.”

There is a high risk of losing your life. According to Iran’s Human Rights Activists News Agency, there have been an estimated 244 deaths of protesters, 32 of them children.

Reflecting on past and current protests, she said, “When we talk about fear for life all people in this movement fear for their lives and the lives their fellow protesters.”

“We can see guns firing in front.

“We woke up in the middle of the night, shocked by the sounds of sirens, bullets and the smells of gunpowder burning on the streets.

“We can see how many people are killed, so there is still the fear of losing our lives.”

Other fears are common among protesters who survived.

“Many are worried about what’s going to happen, and the heavy price that we have paid in the country as a result of the strikes and protests.

“We are also afraid that the hope we have placed on change will fail.

“We fear that this hope will be lost, or crushed,” is our concern.

The capital of Iran, Tehran, has been the focus of much of the media coverage.

However, the Kurdish region in Iran has seen some of the most violent protests. This is an area Mina and Amini call home.

Tensions are particularly high in the region. Recent Sky News investigation found that Iran’s security forces are intensifying their crackdown on the Iranian Kurds.

Online videos that have been verified show police riding motorbikes through the streets and firing on civilians. In crowds, plains clothing officers are found among them. As seen in the video provided by Amnesty International, bullet cases and tear gas canisters can be found on floor.

One video shows security forces firing on a residential street with a fire behind them, and was filmed in a shaky manner from a Sanandaj window. As they shoot at homes and shops nearby, some of the men appear heavily armed.

Mina is concerned that some protesters have been crushed by the police’s brutal tactics.

“I believe these protests will continue, but perhaps not with the intensity that the first days or weeks had. This is partly because the crackdown on the protestors has intensified.

“But, I believe some people will continue despite it.”

Mina recalls the concern she felt and the fear she shared with her family about the 22-year old victim. She was taken into custody by officials for wearing her hijab (head covering).

Mina refers to Amini as Jina throughout our interview. Amini is now known as Mahsa, her Iranian name.

She explains that although Jina died in protest, this is about institutional violence against all people living in this society.

She gives an example of the direct effect that restrictions on women’s rights have on a person’s family.

Mina was detained at the Vozara Street in 2009 by the Morality Police.

She explained that the families are involved because they are summoned to. They call them names without honor, insult them. These things are said to their husbands, brothers, mothers, and fathers.

What can Mina expect from the protests that are now taking place, which have failed to reach its goals in the past?

She says, “The hope is that a fundamental shift will occur.”

Mina acknowledges that change may not occur immediately or ever. However, Mina believes that the fact that protests have continued despite the presence of militaristic police shows that the anger that was planted after Amini’s death has taken root and is now rooted in the Iranian people.

“I, along with many others, have concluded that although change may not be happening right away it will happen in the months and years ahead.

“So hopefulness can be greater than despair. We will keep going.”