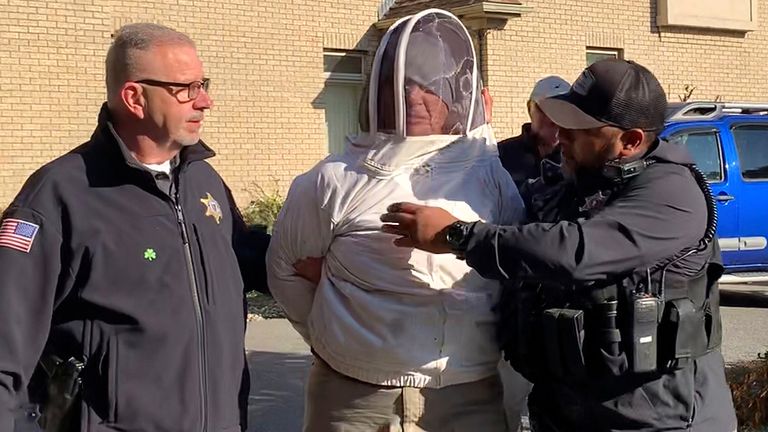 A Massachusetts woman aged 55 is facing multiple assault and battery charges after allegedly unleashing a swarm bees upon a group sheriff’s deputy as they attempted to serve an eviction notification.

Rorie Woods, a Hadley resident, is charged with the attack. This happened while Hampden County Sheriff’s Department officers were dealing at Longmeadow home’s eviction notice.

In an SUV, she arrived with a few beehives, and began “shaking” them. One was broken, and hundreds of bees swarmed out.

Woods wore a beekeeper’s costume to protect herself. She was later arrested but not before other staff were stung.

Woods replied, “Oh, you’re allergic?” According to the report, it was good.

Nick Cocchi, Hampden County Sheriff, said that “we had one staff member go into hospital and, fortunately, he was all okay.”

Woods could have been charged with more serious offenses if the stings had been worse.

She pleaded not guilt to the charges in relation to the 12 Oct incident at Springfield District Court, and was released on bail.

It is unknown what Woods’ connection to the property was when the eviction notices were served.