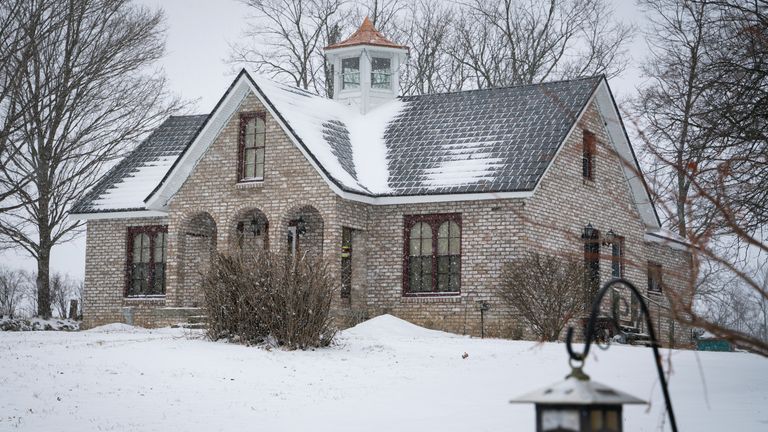 Michigan cannibal, 53 years old, has been convicted for murdering a young man whom he met on the dating app Grindr.

Mark Latunski will spend life in prison after Kevin Bacon’s death in December 2019.

He previously confessed to having killed the 25-year old, eating his parts, and hanging the naked, mutilated corpse upside-down from the ceiling of his Bennington Township home.

On Wednesday, a second two-day court hearing was held to determine if the murder was premeditated. Shiawassee County Judge Matthew Stewart declared: “The court finds this is a crime committed by cold calculation.

Last seen by Mr Bacon on Christmas Eve, he informed a roommate that he was moving to meet a man with whom he had been connected on Grindr.

Scott Koerner, Shiawassee County’s prosecutor, stated that the murder was premeditated. He said that Latunski had previously told police officers that he was considering buying a dehydrator in order to make jerky from Mr Bacon’s muscles. Mlive.com reported.

He also reportedly told them that he had taken part of the body of the deceased and eaten it.

Mary Chartier, his lawyer, argued that Latunski didn’t intend to kill Mr Bacon and noted that he let police into his basement where the victim’s body was hanging from the ceiling.

She claimed that he didn’t understand the gravity and consequences of his crime.

She said, “He didn’t measure the consequences at all.”

A mandatory sentence of life imprisonment is imposed on first-degree murder.

Latunski will be sentenced on the 15th of December.