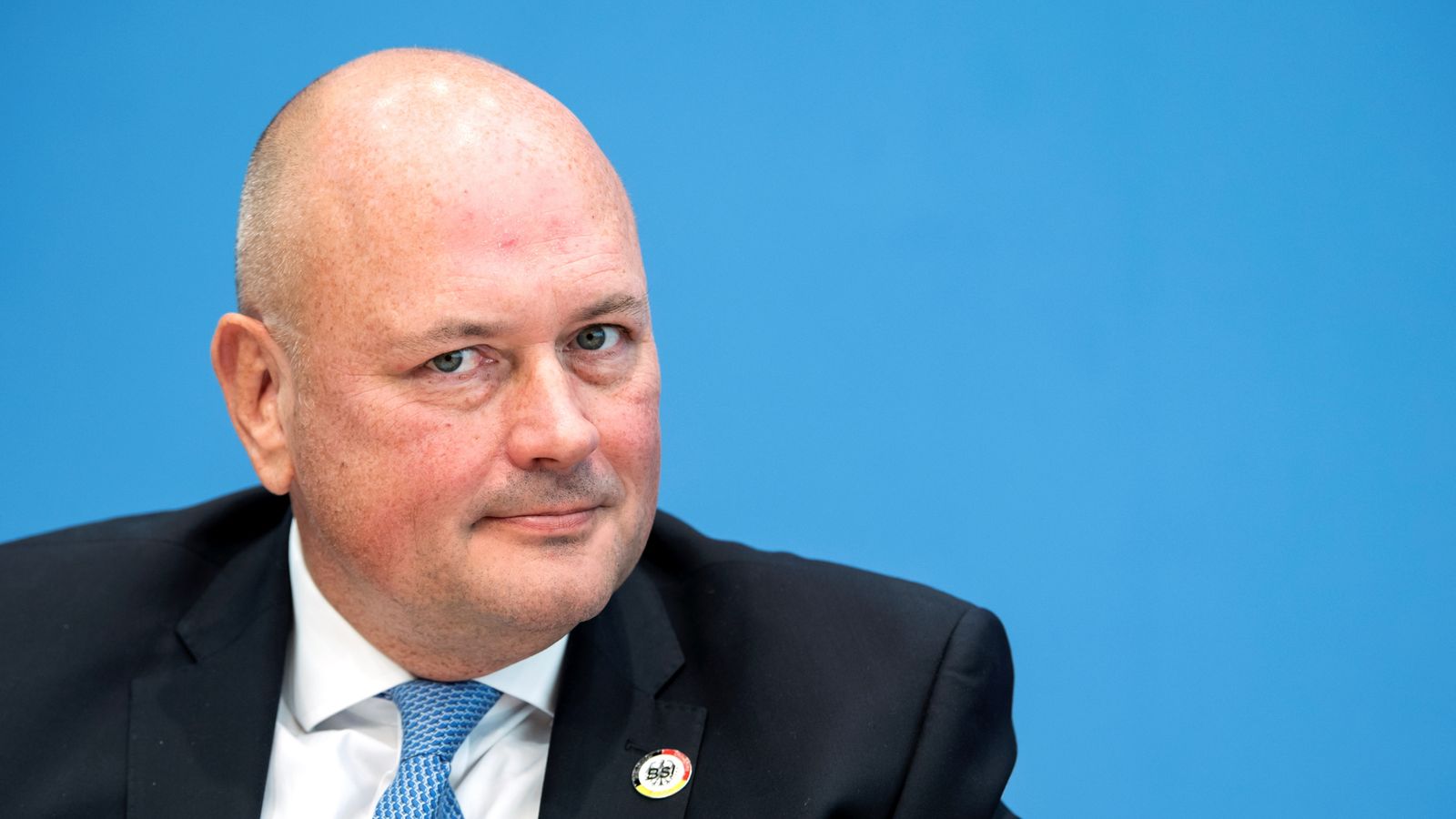 After reports that he may have been connected to Russian intelligence, the head of Germany’s cybersecurity agency was fired.

Schoenbohm, 53 years old, founded a cybersecurity group a decade back that brought together experts from the public sector and institutions.

German media reported that one its members was a company that was founded by an ex-Russian intelligence officer and that Schoenbohm may have had contact with people associated with the Kremlin security service.

These connections were deemed absurd by the association.

More than a week ago, the German government stated that it was conducting an exhaustive investigation into the reports.

According to dpa, the agency stated that the replacement of him was in the best interests of its 1,500 employees. They were able to continue working without worrying about any personnel issues.

There is growing concern that Russia might target the country’s critical infrastructure because of Berlin’s support to Ukraine .

Powerful explosions’ in the wake of two Nord Stream leaks

Since February 2016, Mr Schoenbohm was the head of BSI.

According to the ministry, the allegations will be investigated and thoroughly evaluated. During that evaluation, there is a presumption that Mr Schoenbohm is innocent.

German news magazine Der Spiegel reported that Mr Schoenbohm stated that there was no “feedback” regarding the allegations and that he had requested on Monday that disciplinary proceedings be opened in order to resolve the matter.

He stated that he didn’t know what the ministry had examined or what the concrete allegations against him looked like.