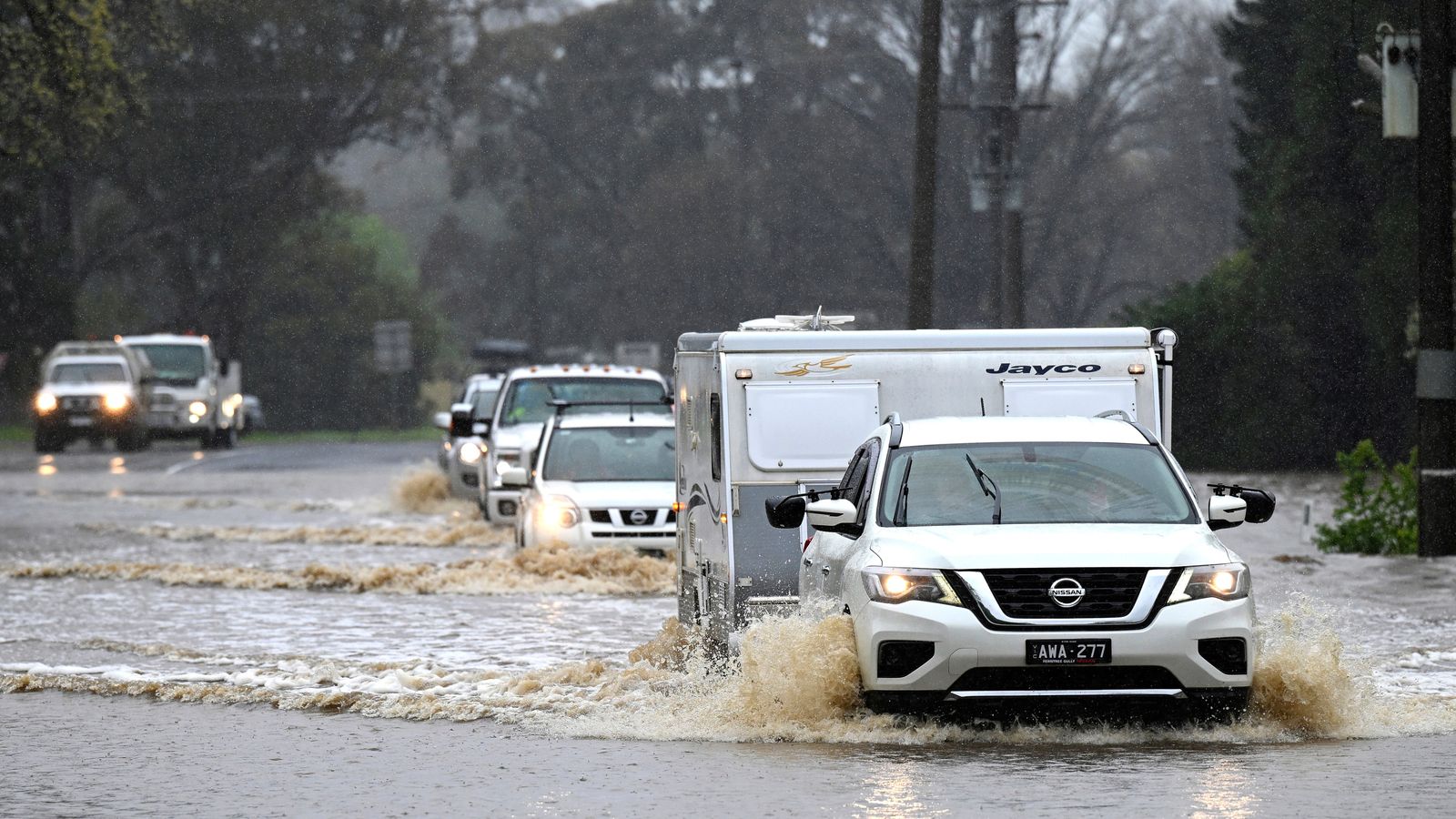 According to an official statement made Monday, around 34,000 homes could be affected by extreme flooding in southeast Australia.

Some cities are facing their highest river peak in decades, including Victoria, the worst-affected state.

Murray Watt, federal emergency management minister, stated to Australian Broadcasting Corp that it was quite possible that a flood peak would occur and waters recede. This will be followed by another peak as different river systems merge.

Watt predicted that there could be up to 9,000 homes flooding in northern Victoria, and possibly as many as 34,000 homes isolated in Victoria.

Two people drowned in Victoria and New South Wales over the past week.

This includes a 71 year-old man, who was found dead in his backyard in Rochester’s floodwaters Saturday.

According to Tim Wiebusch, chief operating officer of Victoria State Emergency Service (COO), it is believed that approximately 85% of Rochester was flooded by the Campaspe River over weekend.

Wiebusch says that Kerang, a small rural community in the northern Victorian area, will likely remain isolated for 7 days until the Loddon River rises on Wednesday or Thursday.

Many people have had to flee their homes and close schools and roads in southeast Australia.

Despite October being known for its wildfires during the southern hemisphere spring season, the three states most susceptible to dry landscape fires are currently experiencing record-breaking floods.

The Bureau of Meteorology declared a third consecutive “La Nina” period last month. This season is expected to peak. Warm water is blown across the Pacific Ocean from South America to Indonesia in this rare weather pattern.