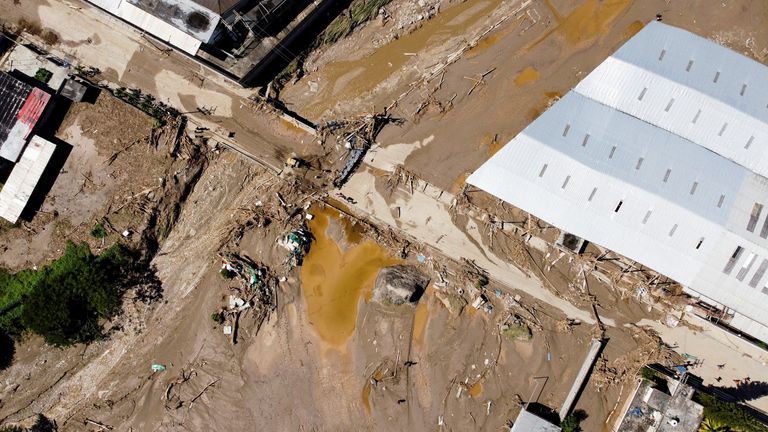 After days of torrential rain and flooding, the number of Venezuelans killed in landslides has increased to 36.

For the 50 missing persons – who were swept from their homes – search and rescue operations are taking place in Las Tejerias in Aragua.

It was reported that 22 people had died on Sunday. However, this number has now been confirmed to have increased.

Jennifer Galindez’s husband is missing. Her one-year old granddaughter was also drowned in the flood, as she was sitting on a couch in her home when the terrible floods hit.

She said, “I haven’t been able sleep.” “I can’t shut my eyes, because that’s all I see. I see my granddaughter where I left her. I left her there, and she wouldn’t let me get her out.

“My husband was right by the window. He was also there, and I couldn’t stop him. The water took him away.”

The mud has filled the streets and buildings of the town, which is without electricity and water.

Jose Medina remembered how water was rushing into his home at his waist, trapping his family. He turned his fridge upside down and used it to make a boat for his granddaughter. His wife remained with it.

He called their survival a miracle.

Las Tejerias is a small town with approximately 73,000 residents. Its streets are littered with rocks, mud, and tangled branches.

The El Pato, one of the flooded rivers that swept through the area, was responsible for several houses and shops being destroyed.

Delcy Rodriguez, vice president, stated that a month’s worth rain fell in eight hours. Pumps used to supply the community with drinking water were destroyed by the floodwaters.

He said, “We have lost girls and boys,” from a flood street.

“What happened in Tejerias is tragic.”