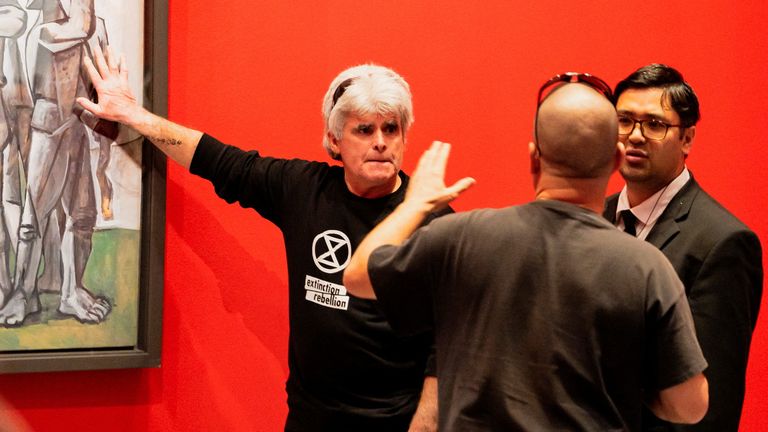 After gluing themselves to a Picasso painting frame, two climate activists were arrested.

Standing alongside a banner reading “Climate Chaos = War and Famine”, the protesters grabbed the glass that covered Picasso’s Massacre of Korea at the National Gallery of Victoria, Melbourne, Australia.

The group posted the following tweet: “Highlight the link between climate breakdown and human suffering.”

Then, it quoted David Attenborough: “If you continue on your current path, then we will face collapse of all that gives us security.”

Extinction Rebellion’s Victoria Branch stated that “No arts were damaged in the making this action.”

Victoria police stated that a man aged 59 and a woman aged 49 first adhered their hands to the painting around 12.40 on Sunday. They were then removed shortly after 2pm.

A spokesman for the police said that they were being arrested together with a man aged 49 years old and were helping police with their inquiries.