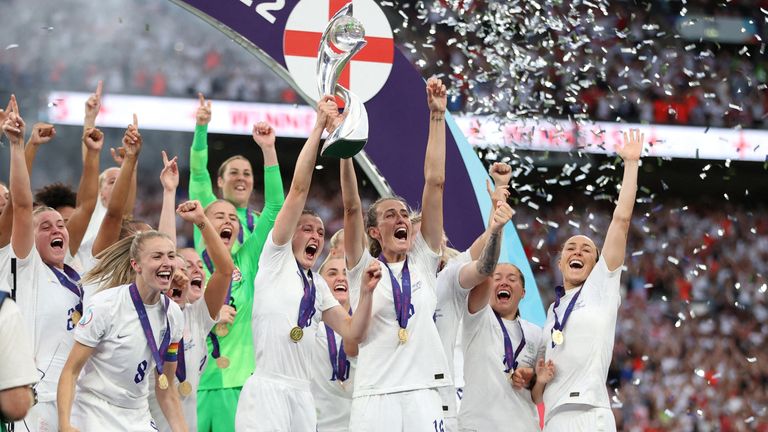 The Union of European Football Associations has decided to stop expanding the European Championship – at least for now.

Sky News reports that they will remain with 24 teams while the UK and Ireland bid jointly for the 2028 men’s tournament.

European football’s governing body has explored the possibility of expanding the showpiece event to 32 countries.

However, giving slots to more UEFA‘s 55 nations at the quadrennial finals would devalue qualifying or require a redesign of the format to make matches appealing.

UEFA has decided not to add eight more finalists to its roster after increasing the number of Euro 2016 teams from 16 to 24.

At a Saturday meeting, UEFA members endorsed the retention of 24-team Euros. This stance is now being proposed by the national team’s committee for approval by UEFA’s ruling executive body.

The European Football Leaders Meetings took place in Frankfurt on Saturday, ahead of Sunday’s draw for Euro 2024 qualification.

Turkey is challenging the joint bid of England, Scotland Wales Northern Ireland, Wales and Ireland for Euro 2028. Turkey is also competing against Italy in the 2032 edition.

Wembley hosted the Euro 2020 final, as well as seven other games in a pandemic delayed competition that was played across Europe last year.

UEFA supported Wembley despite disorder involving England fans prior to the loss of the final. In June, UEFA hosted a match between South American champions Argentina and European champions Italy.

England hosted the Women’s European Championship in this summer’s – England beat Germany in the final at Wembley.

As UEFA tries grow the event, 16 teams will continue to compete in the Women’s Euros.

UEFA stated in a statement that a review of national team competitions was currently underway. UEFA won’t comment on the matter until the consultations with national associations have been concluded.