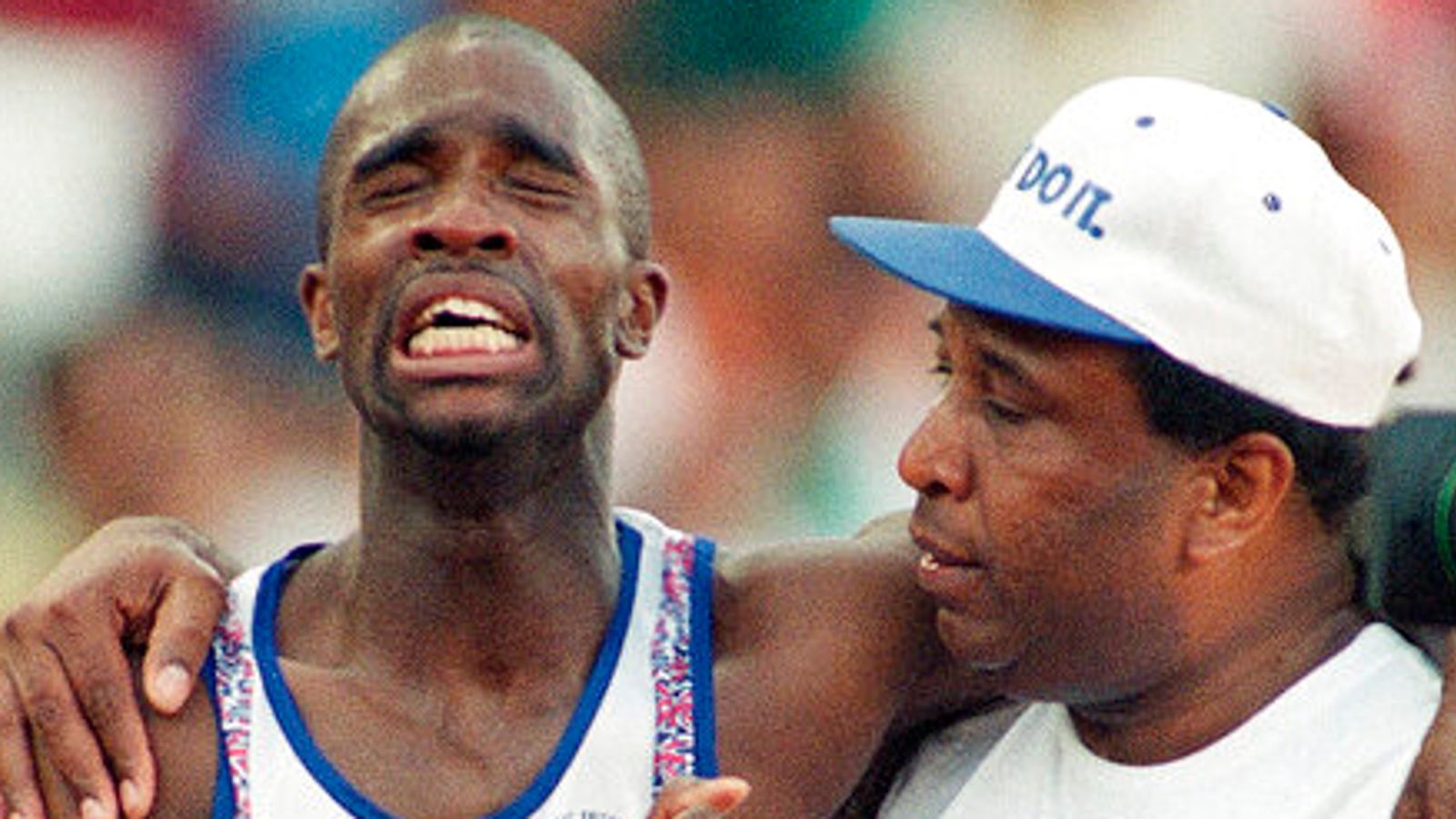 Derek Redmond’s father, who helped his son to cross the finish line at 1992 Olympics has passed away at the age of 81.

Redmond had torn his hamstring just after he had run a few hundred meters. This was one of the most touching Olympic moments.

Jim Redmond got up from the stands and shook off all the protests by the stewards. He wrapped his arm around his son, who was crying, and they crossed the line together.

After running the fastest heat time, the runner was hoping to win a medal in 400m. However, his dream was crushed in Barcelona’s semi-final.

Jim Redmond spoke out after the race and said that he needed to finish. He was able to do so because I was there to support him.

“I had intended to cross the line with him. “We started this career together. I believe we should finish it together.”

The Olympics tweeted the clip, adding: “Our thoughts and prayers are with Derek Redmond’s family following the passing of Jim Redmond.”

“Together they brought us one the most inspiring moments in Olympic history.”

Sharron Davies, a former Olympic swimmer, was married to Derek Redmond on Monday.

“Jenny’s dad could not have been more supportive of her or a better husband.” He will be missed by x.”

Michael Johnson, a US sprinting legend, tweeted: “I recall this so clearly.

“The support and love Derek’s father had for his son was evident in this difficult time. Derek and his family are our condolences.”

Team GB paid tribute to the father and son by stating that their Olympic moment “will never be forgotten”.