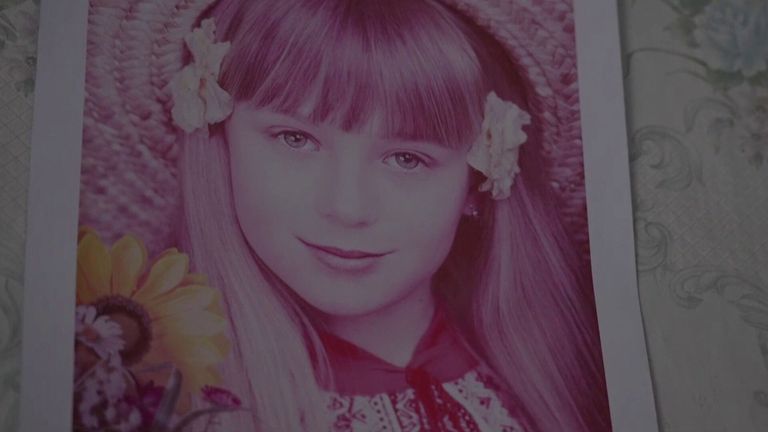 Many children from Ukraine remain at Russian holiday camps. One mother was forced to hitchhike into enemy territory in order to save her daughter.

Many families from the occupied east or south reached an agreement.

A bus convoy left Izyum in August with the promise of returning the children home in time for school.

Instead, Ukrainian forces invaded the area in September and drove the Russians to a disorganized retreat. They also liberated territory that had been held in enemy hands for several months.

Ukraine’s latest news: Putin faces ‘imminent defeat’ in an area that he is about to declare part Russia


There are currently 52 children, ranging in age from nine to 16, from Izyum. 250 others from other Kharkiv regions towns are also scattered in camps.

Sky’s Deborah Haynes spoke last week to parents from one village, who are trying desperately to find their children.

Valeriya Kolesnyk is an Izyum teacher. Her nine-year-old daughter is currently in Russia.

“The problem is that Russia doesn’t plan to return our children.”

Her elder daughter had been to camp in July, and she returned home without any complications. The abrupt shifting of the frontlines changed everything.


“We will burn your nation to ashes”

One mother hitchhiked from Zaporizhia to Zaporizhia, received permission from Ukrainian authorities for her to cross into Russian-controlled territory, and made her way to Crimea, Russia, and Gelendzhik, where many of the children are still living.

She found her daughter there, but the camp authorities denied her permission to take her away. They said to her, “We won’t allow you to take my child to Ukraine.”

She signed a contract promising to stay in Russia. She then picked up the girl and managed to get them out the same way as she came: through the occupied territories and the war zone and back to Ukraine.

The woman said that the Russian soldiers were harsh at the checkpoints but she allowed them to pass.

The Russians had told her that they would “burn your country to ashes”. She managed to bring her daughter, 17, and herself back to Izyum.

Her daughter informed her that 300 children were still missing from territories recently reclaimed in Ukraine.


Fear of being viewed as collaborators

On Wednesday, around two dozen parents gathered outside an Izyum cafe overlooking one of the many bombed-out buildings. They are desperate, angry and nearly crazed with worry.

They fear they will be seen as collaborators and willing participants in the surrender of their children to the enemy.

“We are simple people. One father of nine-year-old Izyum said that his family couldn’t afford to take a vacation at sea for their children.

According to the group, the Izyum couple, who organized the trip, now say that Ukraine is too dangerous and unsafe for children. They are planning to make Russia their permanent home.

Valeriy Polyvoda, the husband reached via phone in Russia, said that he was not returning. Mr Polyvoda attributed the children’s dire situation to Russian authorities. He wouldn’t say how many children he had.

On Wednesday, the families gathered to create a list with their contact information and names. Izyum has had no phone service for six months and communication is sporadic.

The father of the nine year-old said that while most families communicate with their children regularly using the satellite internet hotspots set up by the Ukrainian government, it is difficult for younger ones.

They can see that the children are doing well, and their basic needs have been met. They follow the Russian school curriculum. They have shelter, clothing, and food.

They are, however, without their families.