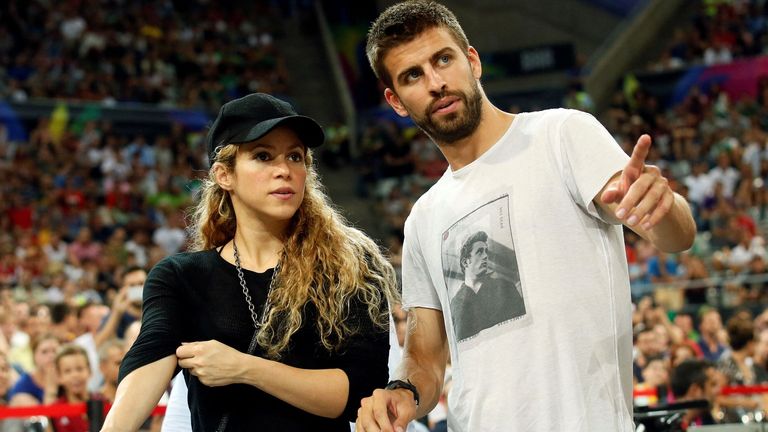 Shakira is set to go on trial for tax fraud after a Spanish judge approved proceedings against the pop megastar.

Prosecutors have accused the Colombian singer of failing to pay 14.5m euros (£13m) in taxes on income earned between 2012 and 2014.

The Hips Don’t Lie vocalist has claimed she did not live in Spain at the time and has denied any wrongdoing since allegations were made in 2018.

The 45-year-old has rejected a deal with authorities to avoid going on trial, with her representatives saying she has already paid all she owes and an extra three million euros (£2.6m) in interest.

Her spokesperson has said she is “confident that her innocence will be proven by the end of the judicial process”.

But if Shakira is found guilty of tax evasion, she could face an eight-year prison sentence and a 24 million euro (£20.2m) fine.

The date for the trial has yet to be set.

What exactly is Shakira accused of?

Prosecutors in Barcelona allege that the Grammy winner spent more than half of her time between 2012 and 2014 in Spain and should have paid taxes in the country, even though her official residence was in the Bahamas.

However, Shakira insists she had legal residency in the Bahamas at the time, and did not spend 183 days in Spain, which is the threshold to be considered a tax resident.

The music star, whose full name is Shakira Isabel Mebarak Ripoll, has been linked to Spain since she started dating footballer Gerard Pique.

The couple, who have two children, used to live together in Barcelona but ended their relationship in June.

‘Yet another baseless case’

Shakira’s spokesperson said: “Shakira has always cooperated and abided by the law, demonstrating impeccable conduct as an individual and a taxpayer, and faithfully following the counsel of PriceWaterhouse Coopers, a prestigious and globally recognized tax firm.

“Unfortunately, the Spanish Tax Office, which loses one out of every two lawsuits with its taxpayers, continues to violate her rights and pursue yet another baseless case.”

Spain has cracked down on footballers like Lionel Messi and Cristiano Ronaldo over the past decade for not paying their full due in taxes.

Both were found guilty of evasion and received prison sentences that were waived for first-time offenders.