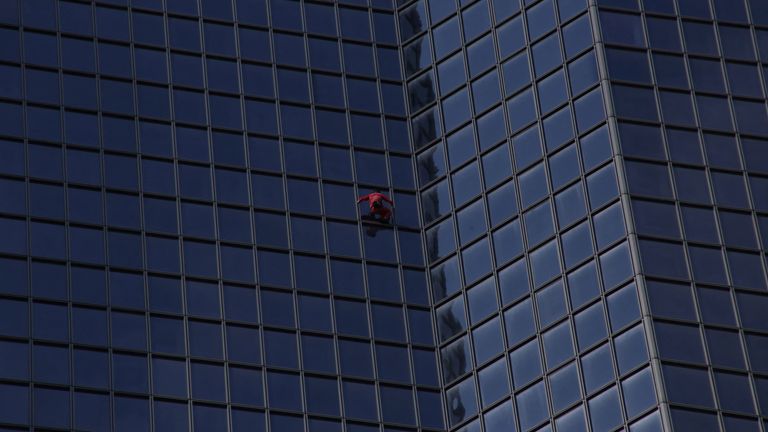 Alain Robert, a free climber and nicknamed the French “Spiderman”, has scaled Paris’ 48-storey Skyscraper to celebrate his 60th birthday.

“I want people to know that 60 is not a bad age. He said that you can still be active and do amazing things.

“I made a promise to myself many years ago that I would climb the tower again when I reach 60 because 60 is considered retirement age in France. I thought that it was a nice touch.”

He started climbing in 1975 and began training near Valence, his home in southern France.

He has since climbed over 150 tall structures all around the globe, including Dubai’s Burj Khalifa, the Eiffel Tower and San Francisco’s Golden Gate Bridge.

He has been repeatedly arrested for climbing without permission.

Robert climbs with his hands alone, without the use of a harness and only a pair climbing shoes. He also uses a bag of powdered salt to blot off any sweat.