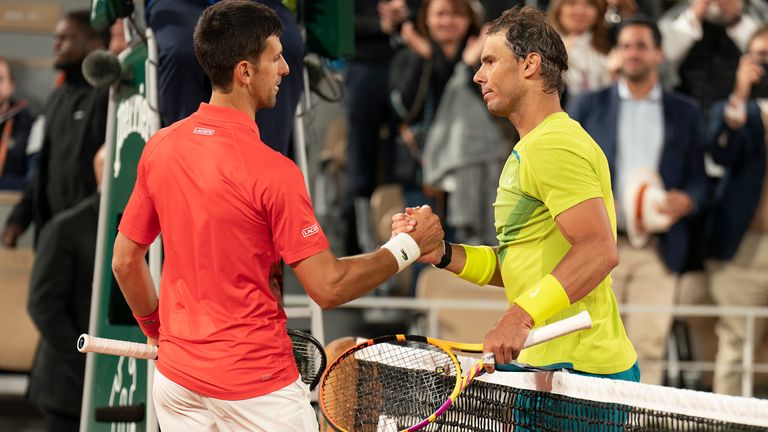 Shortly after hearing Roger Federer’s retirement decision, the boss of world tennis was in no doubt about the 20-time Grand Slam winner’s standing in the men’s game.

“Certainly, Roger will be the greatest player of all time,” International Tennis Federation President David Haggerty told Sky News. “And I think when people think about tennis, he’s the icon that they relate to.”

Above all, audiences have been captivated by his grace and finesse on the court for 24 years in over 1,500 matches.

His status was elevated off the court as big brands were attracted by his style.

And the acclaim and fortune was used to give back – after he formed a foundation that provides education in Southern Africa and his native Switzerland.

Mr Haggerty said: “The impact Roger has had on the sport extends far beyond his numerous titles, his records and his achievements.

“He’s increased fan participation across the globe, brought millions of players to the game, and it’s great to see.”

So often, tennis fans grew accustomed to seeing Federer at the top of the world rankings. A record 237 consecutive weeks were spent at No 1 – 77 weeks longer than the Jimmy Connors streak in the 1970s.

This is an era shaped by Federer since his first Slam success at Wimbledon in 2003 as a 21-year-old. Only injuries, requiring three knee operations in recent years, saw him overtaken for major titles by Rafael Nadal (22) and Novak Djokovic (21).

After Federer steps away from competitive tennis after the Laver Cup next week in London, how does the future of the sport look?

Mr Haggerty said: “I think every time a great player leaves the game you worry about the future and Roger has certainly done so much to promote tennis as such an icon and a player.”

The tennis leadership is encouraged that the US Open earlier this month was contested by Carlos Alcaraz and Casper Ruud, who were not even born when Federer began his career.

“Roger and the rest of the group haves inspired players, the next generation to come through,” Mr Haggerty said.

Of course, Nadal and Djokovic will still on court to contend with. Just without Federer for company – fuelling their pursuit of titles.