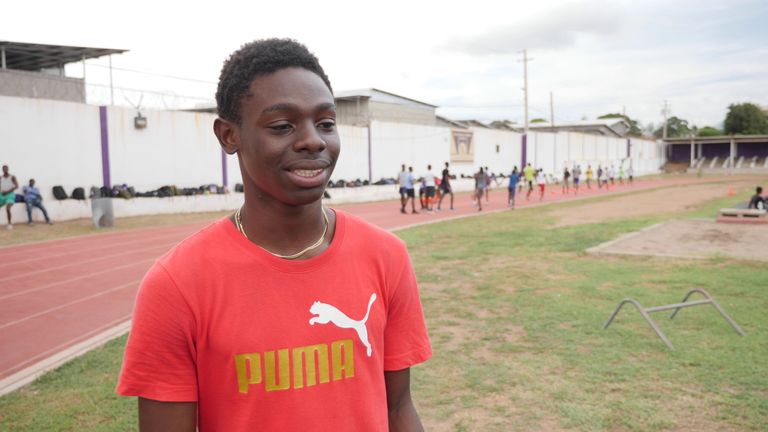 In Jamaica’s capital city, ties to the monarchy run deep.

The markets in downtown Kingston are called Coronation, Jubilee and Queen’s and many of their traders remember Queen Elizabeth II with fondness.

“I loved her so much,” says Steve Pryce, between cutting slices of watermelon on his fruit and vegetable stall. “When I heard she died I was the first one crying in Jamaica.”

But this is an island divided on its future, with recent polling suggesting more than 50% of people would favour Jamaica becoming a republic and breaking away from the monarchy. The death of the Queen has accelerated a debate which, broadly speaking, carries a generational split.

Older Jamaicans tend to hold onto tradition, with some wistfully recalling times when the relationship with the United Kingdom was even closer.

“I have family members who lived in England, went to school in England and married English women or English men,” says Alexis McDavid, an outreach officer at the National Museum Jamaica. “That connection is still very much there.

“But I personally believe the younger generation coming up in politics need to really push for the referendum [on Jamaica becoming a republic] to happen, because that process is going to take time, perhaps even years. I do think that the monarchy’s days in the Caribbean are numbered.”

Read more: Can the Commonwealth survive the Queen’s death – and should it?

At Kingston College, some of the country’s best young sprinters are training after school. Jamaica’s dominance on the world stage is a source of national pride, its medals viewed as a symbol of independence.

For the teenage boys practising their sprint start, those they view as Kings and Queens compete on the track, but the future of the British monarchy here is more uncertain.

“I don’t know what the royal family does for Jamaica,” says Nicholas Francis, a 100m and 200m runner. “I wish King Charles the best, but I don’t know what he’s doing in the community I’m from.”

Antwon Walkin, a discus thrower from Turks and Caicos, says Jamaica is ready for a referendum on becoming a republic. “I think there’s a trend with the bigger Caribbean countries, Barbados and Trinidad, both becoming republics.

“I think that Jamaica is behind that kind of movement and for their own elected head of state.”

Jamaica gained political independence from Britain in 1962 but the Queen remained head of state and visited six times during her reign. Royal visits over the decades have been marked by calls for an apology over the monarchy’s role in supporting the slave trade during colonial rule.

“There’s never been an apology,” says Alexis McDavid. “There’ve been roundabout apologies, but not a real sincere apology for the atrocities committed on our former enslaved African ancestors. That apology needs to come from the royal family and the British government, both hopefully at the same time.”

When the then Duke and Duchess of Cambridge came to Jamaica earlier this year, Prince William expressed “profound sorrow” over slavery. But their trip was beset by poor optics, not least when Catherine was pictured holding hands with black children through a wire fence.

Jamaican politician Lisa Hanna says the death of the Queen has “cemented” Jamaica moving to become a republic.

“I think Gen Zs and Millennials, even Boomers are saying ‘this is a time now for us to chart our own destiny’,” says Hanna.

“We don’t want those generations or the future generations having to deal with some of the same systemic problems that we dealt with in terms of classism, in terms of the lack of education, in terms of living in the margins of society. We want to have our own people leading us.”

Jamaica is much altered from the country which Queen Elizabeth II became head of state of in 1952.

It has evolved socially, culturally and economically and its views of the monarchy have, too, meaning King Charles III faces complex challenges here and across the commonwealth.

This is an island which may soon choose to cut itself adrift from old institutions.