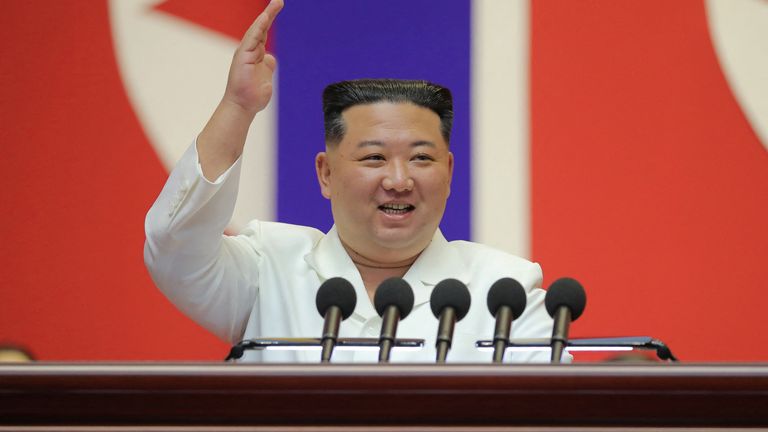 Kim Jong Un, North Korean leader, has pledged that he will not abandon nuclear weapons that he believes his country requires to combat hostilities with the US.

Kim’s government passed a law that allows pre-emptive nuclear strikes. This will protect the nation.

The accusation comes as America is accused of pushing an agenda to weaken the North’s defenses and ultimately “collapsing” his government.

According to state media reports, Kim stated that the new law would render its nuclear status “irreversible” as well as bar any talks of denuclearisation.

According to observers, North Korea appears to be ready to resume nuclear testing. This is after the historic summits in 2018 with US President Donald Trump and other world leaders failed to convince Kim to stop developing weapons.

According to the state news agency KCNA, the law was passed by the North’s Supreme People’s Assembly on Thursday.

According to KCNA, a deputy of the assembly stated that the law would strengthen North Korea’s status as a nuclear weapons country and provide a “transparent, consistent, and standard” approach to its nuclear policy.

Kim stated in his speech to parliament: “The utmost importance of legislating nuclear arms policy is to draw an irrétrievable boundary so there can be no negotiation over our nuclear weapons.”

Although North Korea has declared itself a state with nuclear weapons in its constitution, the new law does more to define when these weapons can be used to defend against an attack or to stop an invasion.

It allows for preemptive nuclear strikes in the event of an imminent attack with weapons of mass destruction on any country’s strategic targets.

The administration of the United States President Joe Biden has offered to speak to Kim at any time and South Korean President Yoon Seok-yeol said that his country would offer generous economic assistance if Pyongyang gave up its nuclear weapons.

However, North Korea rejected those offers, stating that the United States and its allies continue “hostile policies” like sanctions and military drills, which undermine their message of peace.

Kim stated that “as long as nukes remain on the earth, imperialism continues, and manoeuvres of America and its followers against our republic continue, our work to strengthen our nuclear force will not stop.”