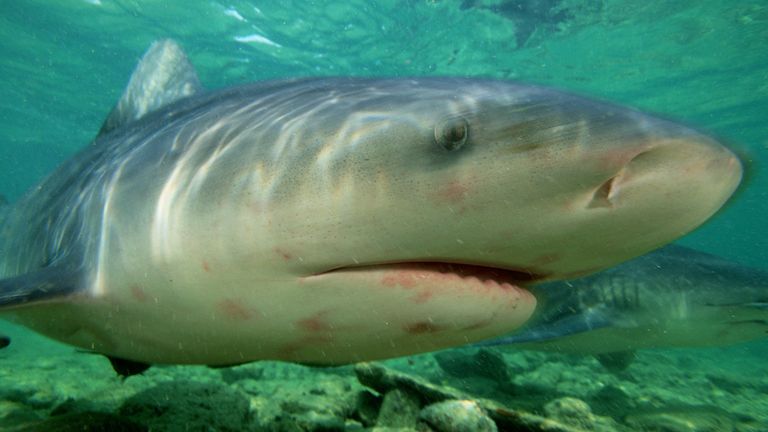 Police have confirmed that a shark killed an American woman who was snorkeling in the Bahamas.

After booking an excursion on New Providence with her family, the 58-year old victim from Pennsylvania was attacked in Green Cay.

A police spokesperson said that members of the victim’s family witnessed a bull shark attacking her. It was located less than half a mile away from the spot where a 21 year old American woman was attacked by sharks in 2019.

The family was on a seven-night cruise on Royal Caribbean’s Harmony of the Seas. They left Florida on Sunday.

According to police, the woman sustained injuries to her upper body. She was then pulled out of the water by her family members and tour company workers.

She was taken to New Providence Hospital where she was declared deceased on Tuesday.

Royal Caribbean International, a cruise operator, said that the victim had booked an excursion in Nassau on her own and was there to support her family.

This fatal incident occurs a month after an 8-year-old British boy was saved from a shark attack in The Bahamas.

Human attacks by sharks are rare.

Globally, there were 73 unprovoked attacks in 2021. Nine of these were fatal.

Experts estimated that this was more than the global average of five unprovoked deaths per year.

Since 1749, there have been at least 32 reported shark attacks in the Bahamas.

Michael Heithaus is a marine biologist who believes that the increased number of attacks in Bahamas could be due to the large number of people living in the area and the robust marine ecosystem.

He stated that the Bahamas is home to a wide variety of shark species. The majority of them do not pay much attention to humans, with the exception of bull sharks or tiger sharks.

“They grow to very large sizes and eat large prey,” Mr Heithaus stated, before adding that sharks possess incredible sensory systems and are attracted to water sounds, smells, and food.