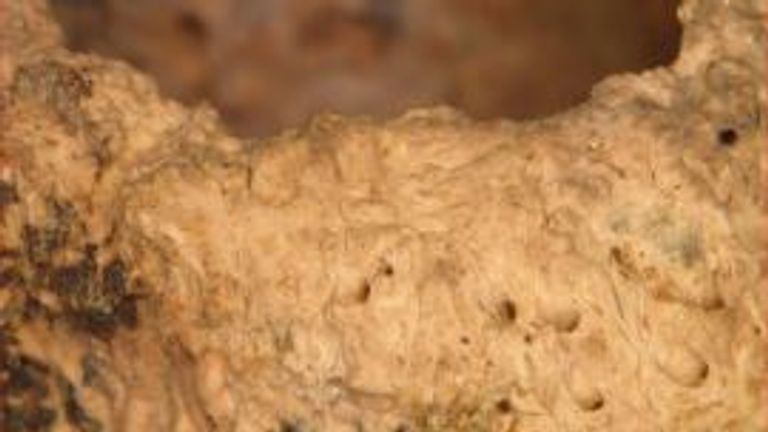 After its foot was surgically removed, a human skeleton provided evidence that the oldest known limb loss.

Borneo researchers also discovered that the patient was alive 31,000 years ago. He had his limb amputated when he was a child, and he recovered from it.

Researchers said that the discovery of the island showed that human foraging groups in Tropical Asia had advanced medical knowledge and skills. They also knew how to prevent infection.

Tim Maloney from Griffith University, Australia, and his colleagues wrote in Nature that the human skeleton was a young person.

They survived and lived another six to nine more years before being buried at Liang Tebo Cave in East Kalimantan.

This area is home to some of the most ancient and earliest-dated rock art in the world.

It was believed that treatment for people with injury or illness had not been developed in small-scale foraging communities.

They were believed to be capable of handling smaller procedures like suturing or dentistry.

The authors stated that the assumption was that foraging societies could not perform more complicated surgeries.

They also stated that “Before modern medical developments, including antibiotics,” it was believed that most people who had undergone amputation surgery would have died. This could be due to blood loss or shock, or from subsequent infections-scenarios.

Experts said that the surgeon who performed the amputation on the child must have had a thorough knowledge of the anatomy and muscular and vein systems in order to avoid fatal blood loss or infection.

They stated that intensive post-operative nursing care and care was vital, including regular wound cleaning and dressing.

“Although it’s impossible to determine if infection occurred after surgery, this individual did not appear to have sustained an infection severe enough that it could cause permanent skeletal marks and/or death.”

The “remodelled bone” on the “amputation surfaces” of the skeleton showed that there had been healing.

Authors also said that the amputation could not have been caused due to an animal attack or another accident. These typically cause crushing fractures.

It is also unlikely that the amputation was done as punishment. The person appears to have been given careful care after surgery and burial.

The oldest complex operation known was performed on a Neolithic farmer in France, approximately 7,000 years ago. His left forearm was removed surgically and then partially healed.