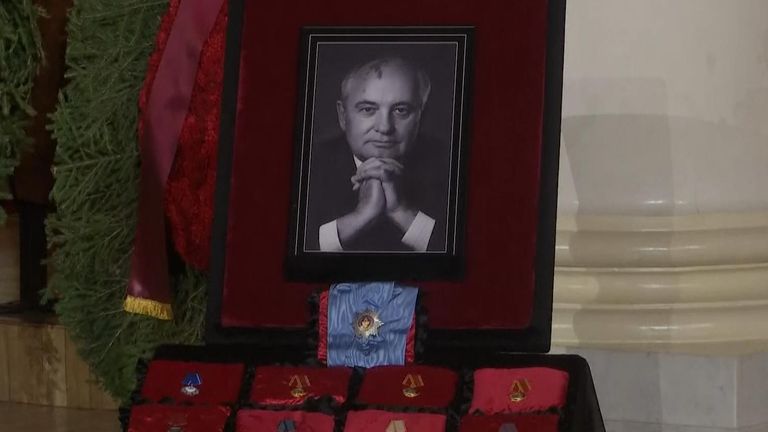 Vladimir Putin has approved a 31-page “humanitarian policy” which says Russia should “protect, safeguard and advance the traditions and ideals of the Russian World”.

The foreign policy concept of a “Russian World” is a notion that hardliners have used to justify intervening abroad to support Russian speakers, such as in parts of Ukraine.

It means that the idea is now enshrined in official policy, though it was presented as a soft power strategy.

It also said it should strengthen its links more with Abkhazia and Ossetia, two Georgian regions recognised as independent by Moscow after its war against Georgia in 2008.

And the policy stated Russia should increase cooperation with Slavic nations, China and India, and further push its ties to the Middle East, Latin America and Africa.

West Slavs are in Poland, Czech Republic, and Slovakia, East Slavs are in Russia, Belarus, and Ukraine, while South Slavs are in Croatia, Bosnia and Herzegovina, Serbia, Bulgaria, North Macedonia, Montenegro, and Slovenia.

With the collapse of the Soviet Union in 1991, a number of Eastern Bloc countries broke away from the USSR and became independent, but around 25 million ethnic Russians found themselves living outside Russia.

Mr Putin called the collapse of the USSR the “greatest geopolitical catastrophe” and for years he has been highlighting what he sees as the tragic fate of those millions.

It was one of his predecessors, Mikhail Gorbachev, who failed to prevent the break-up and who died aged 91 last week.

Read more:
How Mikhail Gorbachev changed the course of history
Can Ukraine take back Kherson – and what would it mean?

Moscow has continued to view the former Soviet lands, from the Baltics to Central Asia, as its legitimate sphere of influence – a notion strongly resisted by many of those countries as well as by the West.

The new policy said the Russian Federation “provides support to its compatriots living abroad in the fulfilment of their rights, to ensure the protection of their interests and the preservation of their Russian cultural identity”.

It said that Russia’s ties with its compatriots abroad allowed it to “strengthen on the international stage its image as a democratic country striving for the creating of a multi-polar world”.