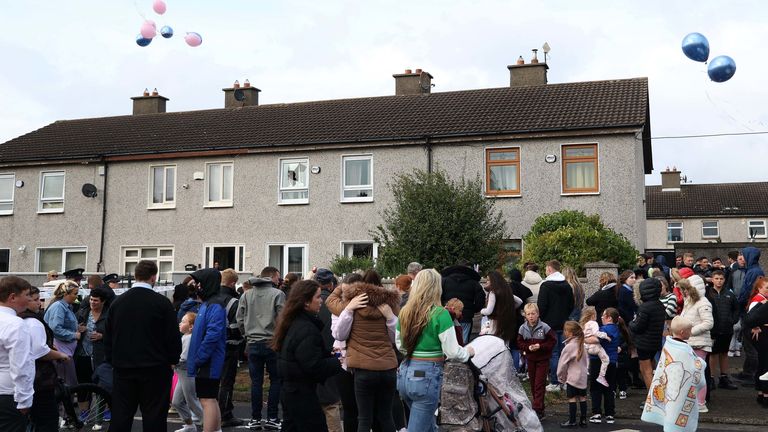 In connection to the deaths of three Dublin siblings, a man was charged.

In an accident at her Tallaght home on Sunday morning, Lisa Cash (18) and Chelsea Cawley (8 years old) died.

According to Irish police, a man in his 20s was scheduled to appear in Dublin’s Criminal Courts of Justice Monday evening to discuss the deaths.

An earlier vigil in Tallaght was held in memory of the siblings. A large crowd gathered outside to grieve with family and friends.

As the crowd sang, balloons were released and candles lit on the wall.

Numerous bouquets of flowers, teddy bears, candles, and photographs of Christy and Chelsea were placed along the wall.

Tallaght officers were summoned to the Rossfield estate in Tallaght around 12.30 on Sunday.

After the incident, the victim’s 14-year old brother was taken to hospital for serious but not life-threatening injuries.

Their mother, a woman in her 40s and being supported by her family, was released from the hospital on Sunday.

Micheal Martin, the Irish Prime Minister, expressed his deepest sympathy to the families of the victims and stated that the “terrible disaster” had left the nation “very shocked and saddened.”

Drew Harris, Ireland’s Garda Commissioner described the deaths as “dreadful” and “traumatic”, describing it as “one of my worst incidents that I have heard about or come across in the service”.

The commissioner appealed for anyone in the area at that time and with any information to help the gardai in their investigation.