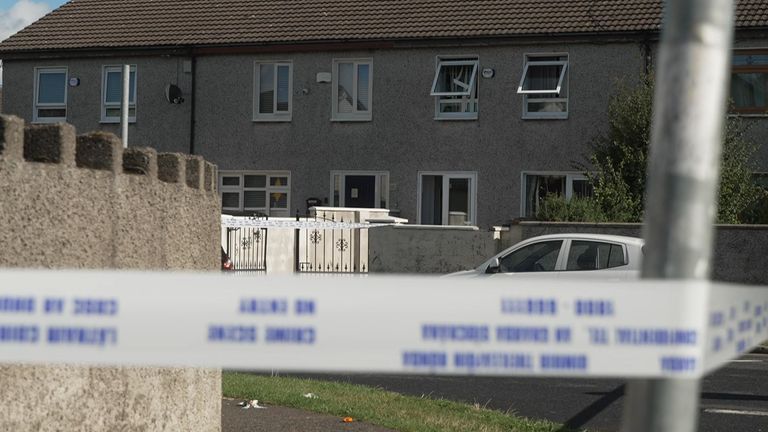 The Irish police have identified the three siblings who were killed in a “violent incident”, at a Dublin house.

Lisa Cash (18) and her twin sisters Christy and Chelsea Cawley (8 ) were found at a Tallaght property at 12.30 on Sunday.

They were taken to Crumlin hospital, but later declared dead.

Their mother, who is in her 40s, was discharged from the hospital. However, their fourteen-year-old brother, who suffered serious, but not life-threatening injuries, remains in hospital.

A man in his 20s was arrested on the spot and is still being held.

Police believe that all involved were friends and describe the scene as challenging, violent and traumatic.

Post mortems were set for Sunday afternoon or Monday.

While forensic examinations are taking place, the scene in the west of Dublin capital remains sealed off.

The upstairs windows were smashed and open, with bloodstains on the frames. Also, a downstairs window that had been smashed was also open.

A shoe, a small bag and a black coat were all removed from the scene using forensic bags.

Charlie O’Connor, Fianna Fail councillor, said that the incident had caused “deep surprise” in the community.

“An event like this is bound to shock. But the fact that it involves children makes it even more shocking for this community as well as the larger Tallaght community. This will impact many, many people.

“I spoke to the Gardai, and they informed me that their colleagues on last night’s show were all shocked,”

The flowers were left behind with a message that said: “Fly high, little angels.” We are so sorry for your loss.

Sinn Fein councillor for Tallaght Dermot Richardson said that welfare support should be provided to the family as well as the local community.

He also advised people to not share images on social media.

He said that WhatsApp is sharing videos. “I ask people to not share it out of respect for their family and the local community.

“Please send footage to Gardai if you have it.”