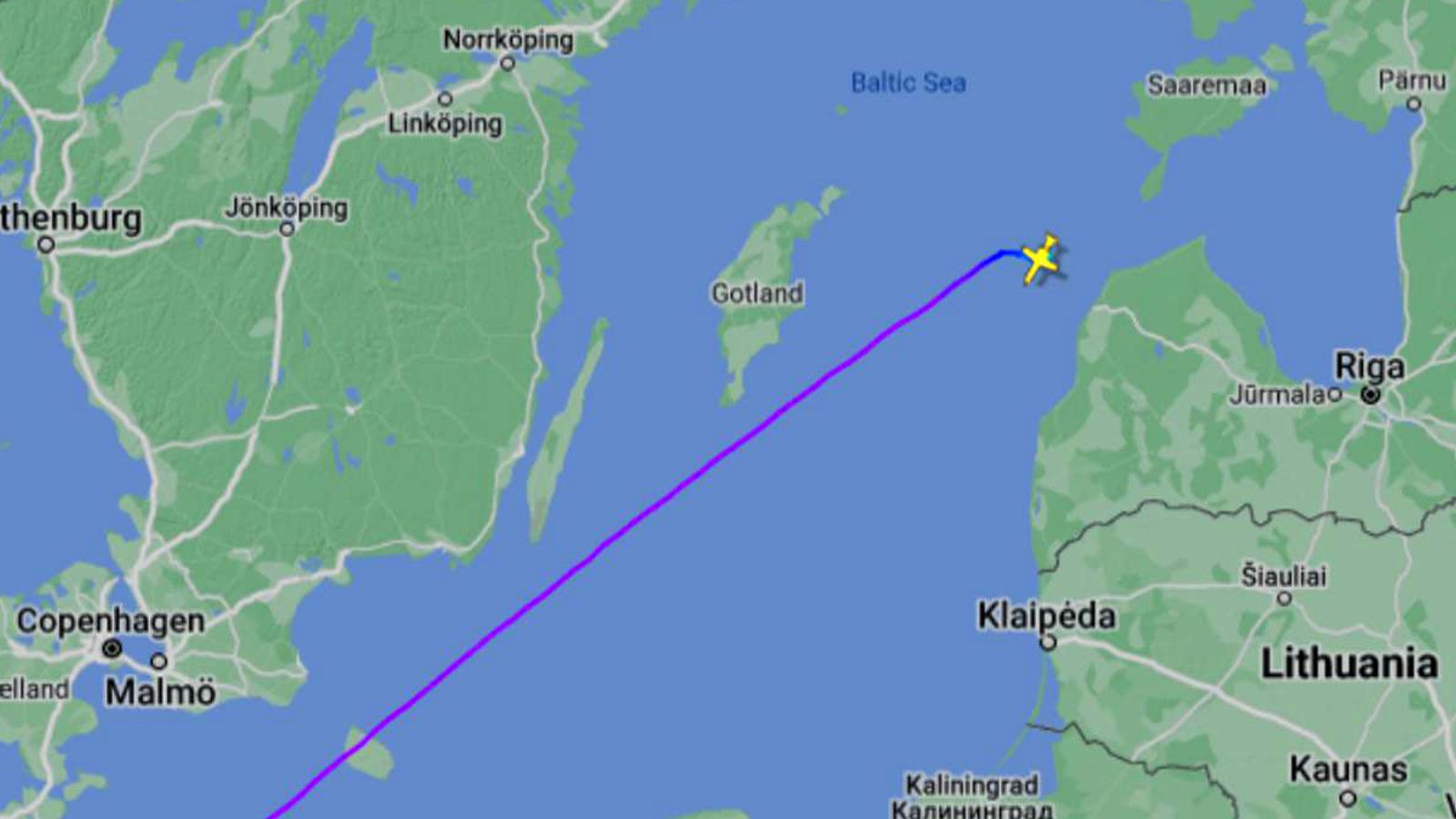 A private plane has crashed off the Latvian coast after NATO fighter jets were scrambled to monitor its journey.

The Cessna 551 set off from Jerez in southern Spain at 1.56pm UK time without a destination specified, according to FlightRadar24 data.

German news site Bild said it was supposed to land at Cologne-Bonn airport but reported pressure problems in the cabin shortly after take off.

French and Spanish fighter jets were sent up but couldn’t see anyone in the cockpit or cabin, Bild adds.

Flight trackers show it headed northeast at Paris, towards Cologne, but went past the city and out over the Baltic Sea.

German and Danish warplanes also shadowed the plane as it passed through their airspace but were unable to make contact, said Swedish Maritime Administration official Johan Wahlstrom.

The plane passed close to the Swedish island of Gotland, but FlightRadar24 lists it as rapidly losing altitude and speed at 6.37pm.

Sweden’s rescue service said it “disappeared from radar” and crashed in the sea, northwest of Ventspils in Latvia.

An air force helicopter and naval ships from Lithuania have been sent to the crash site.

The Cessna 551 is a 14-metre long single-pilot jet that can carry six to eight passengers.