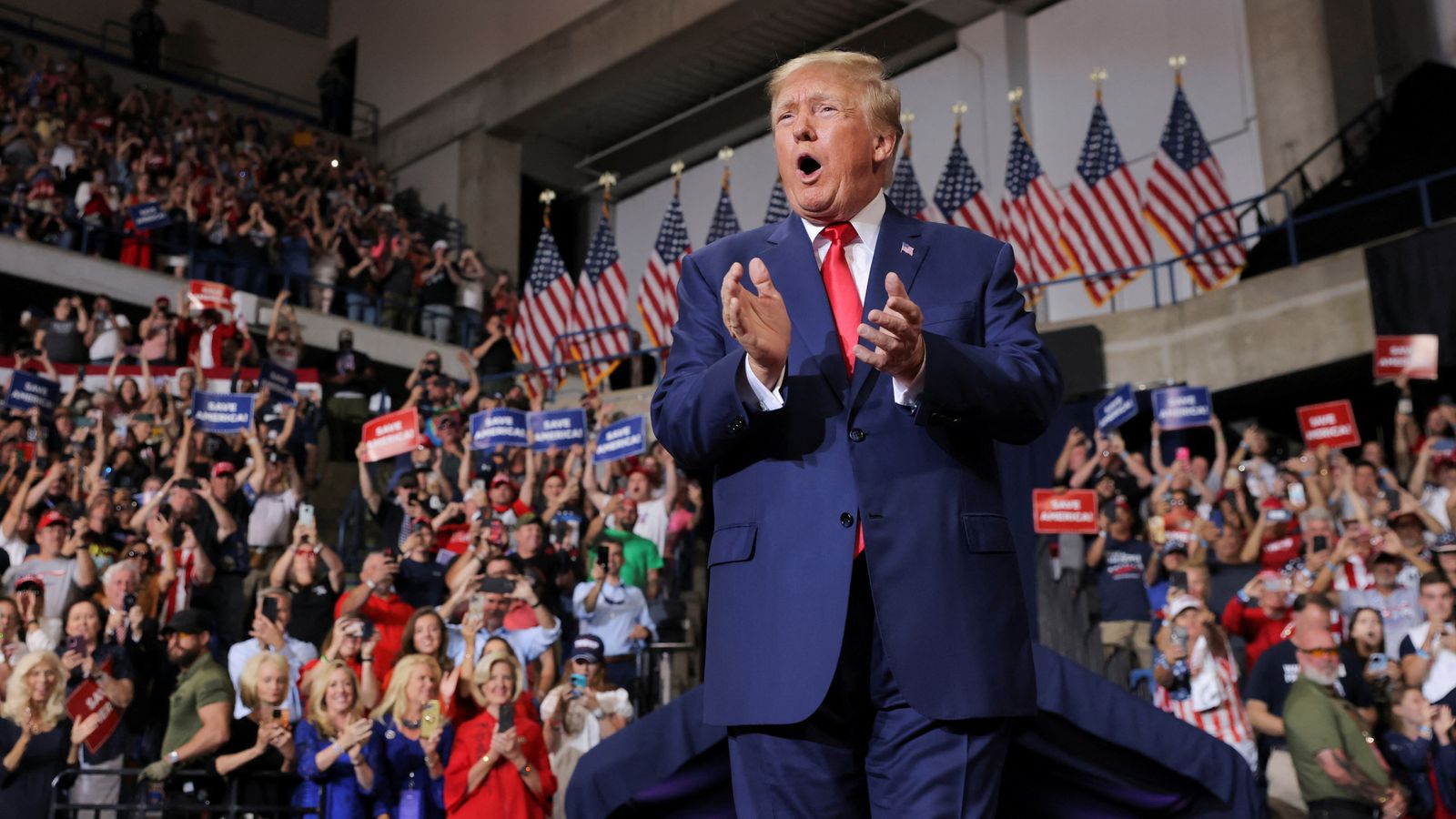 Donald Trump suggested that he might run for the US presidency again in 2024.

On Saturday, the former president was back in Pennsylvania for his first rally since last month’s FBI search of his Mar-a-Lago estate.

“But first, we must win a historic victory this November for the Republican Party.”

It was after US President Joe Biden stated that Trump’s supporters have an ideology which “looks at America, sees carnage, darkness and despair”, as midterm elections approach.

Donald Trump continued to call the FBI raid on his Florida home “one of the most disturbing abuses of power in American history.” He also repeated his claim that there is a witch hunt against him.

“The Biden administration invaded and destroyed the home of their chief political rival, who is absolutely destroying him, everyone else in the polls. I hate to admit it.”

He said, “The FBI and Justice Department have become vicious beasts controlled by radical left-scoundrels and lawyers who tell them what they should do – you people right here and when it should be done. They are trying to silence me, and even more importantly, they want to silence you. We will not be silenced.

On 8 August, the FBI raided Mr Trump’s home as part of an investigation into whether classified records were taken from the White House by the former president.

According to the US Justice Department, empty folders marked “classified” were found among over 11,000 government documents.

The criminal investigation is not only focusing on the reasons the records were kept at the estate but also whether Trump’s team deliberately misled them about the illegal presence of government secrets.