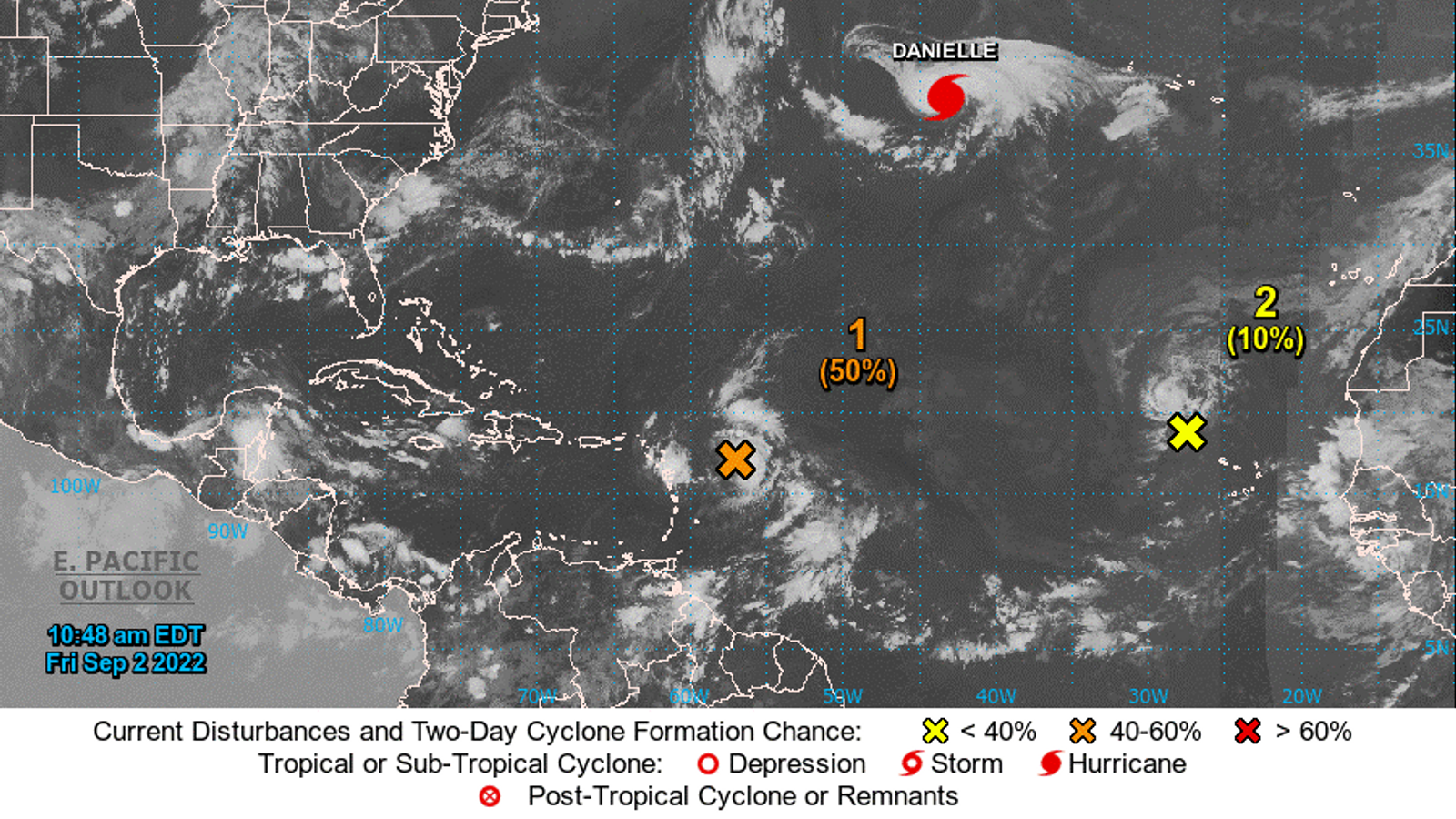 After a quiet storm season, the first hurricane has now formed.

The maximum sustained winds of Tropical Storm Danielle were 75 mph Friday morning. However, it is not currently a threat to any land.

According to the US National Hurricane Centre, the hurricane is approximately 885 miles (1.424 km) west of Azores. It is drifting slowly west at 1mph.

It is expected that it will meander through the Atlantic Ocean in the coming days. There are no coastal warnings or watches in place.

Danielle is unusually north, but water to the west is three to four degrees warmer than normal.

According to Sky News’s meteorologist Kirsty Mccabe, it will not affect the UK at the moment, but could impact the weather the weekend following Spring Tides.

She said that there are a number of factors that have prevented the development of tropical hurricanes. These include too much wind shear (that is when wind speed and direction changes over short distances) and dry, dusty air pushing westwards out of the Sahara Desert.

“It is worth noting, however, that the Atlantic hurricane season peak occurs in mid-September. This could indicate that this year’s season may have just started slowly.”

This year, however, there were no record-breaking storms in August. The last time this happened in 1997.

Despite all the major factors that make a busy season, such as warm water and low winds, and a La Nina (an oceanic and atmospheric phenomenon that’s the colder counterpart to El Nino), this is still true

Experts had predicted that this season would be more active, but scientists now believe that a persistent area of dry air is what prevents storms from forming.