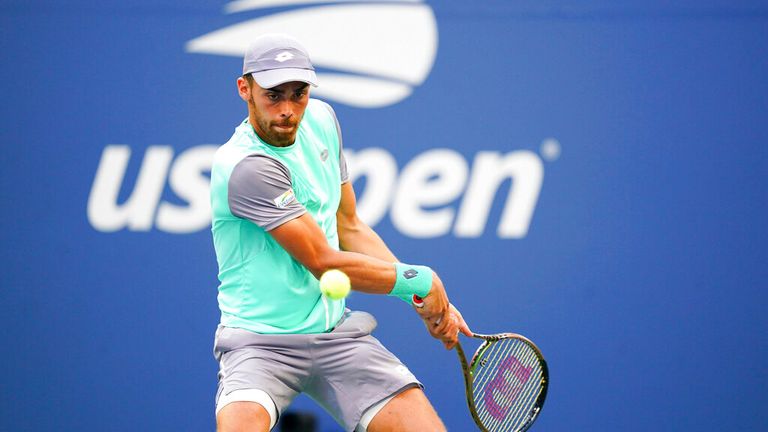 Nick Kyrgios complained a spectator was smoking cannabis during his match at the US Open.

The Australian tennis ace said he could smell the drug during his second round victory over French opponent Benjamin Bonzi on Wednesday evening.

The 27-year-old asked if he wanted to “remind anyone not to do it or anything”.

Speaking after the match, the Wimbledon runner-up said he was a “heavy asthmatic”, adding that when he was “running side to side” and “struggling to breathe” marijuana was “probably not something I want to be breathing in between points”.

The outspoken player revealed how he was putting a lot of pressure on himself to play well and described how he was “really fortunate to get through in four sets”.

Kyrgios said of his opponent: “I wasn’t going out there expecting him to not be good or something. But his level was really, really good.

“It was one of those matches where you kind of survive,” he added.

“I am relatively happy with my form. It’s so stressful now because, every match I play, I’m expecting to play so good.

“I’ve got to probably lower the expectation of expecting to play like a Wimbledon final every time. I almost don’t know who I am any more, to be honest, because that’s not me.

“I feel like I’m really professional right now. I never thought the Wimbledon final would make me that way.

“I thought it would be the other way, the reverse, almost a bit lax and a bit chilled with it.”

However, Kyrgios received a warning for spitting during the match.

He previously admitted spitting in the direction of a spectator at Wimbledon in June, lashing out at “disrespectful” spectators during a post-match news conference.