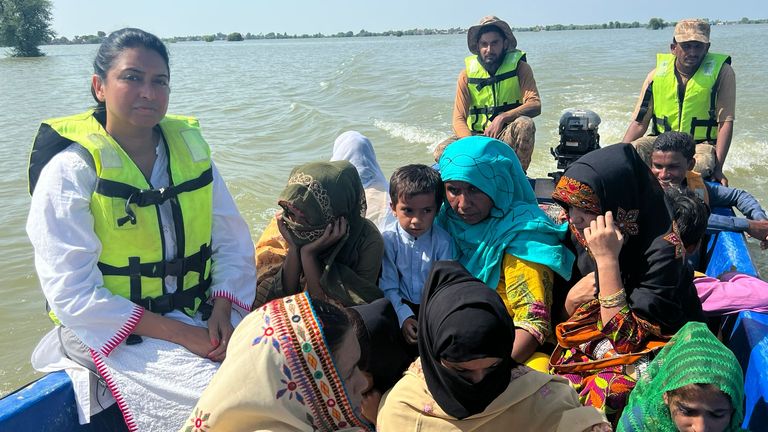 We’ve been driving along the Indus Highway, witnessing the slow burial underwater of each area as flood waters spread across Pakistan.

This morning we woke up to the news of new breaches. My producer, Muhammad Yousuf, had heard of a village completely flooded.

We headed out to find out what the people there had been through. Driving along the Indus Highway you are very aware of how vast Sindh province is.

It is flat and you can see far into the distance where its desert-like golden soil and palm trees touch the horizon. It is an immense province and it would take a vast amount of water to cover it.

Our car suddenly grinds to a halt. There are cattle, tents and hundreds and hundreds of people. It’s like a campsite in the middle of one of the longest highways I’ve ever travelled on.

We get out of the car and see a roadblock created by the rangers. The road ahead is submerged in water, the entire highway and all the land on either side of it.

The water has breached yet another flood defence – pushing its way from the west in Balochistan into Sindh province.

‘We were so scared for our children’, says flood-hit resident

There were dozens of rescue teams from the army, navy, charities and private citizens.

We joined a rescue mission led by the army. A man called Sikander had pleaded with them to save his family who are all trapped in their home. The water suddenly burst in at 1am.

Sikander tells me: “We had no idea a flood was coming. We were told we are safe. But it just came in the middle of the night and we were so scared for our children.”

We passed through village after village and every single house is completely submerged. Not just the ground floor but the first and second floors of larger homes. 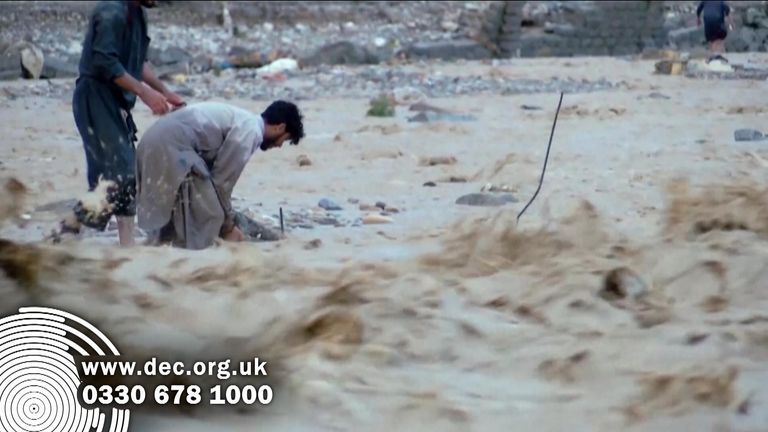 Captain Khizar Ali tells me some people refuse to leave their homes, they are either too scared to or simply won’t leave.

They ask for food and water instead. The rescue workers fear the water is travelling fast and they will not be able to return again in time to save them, but they can’t force them on to the boat.

Others are desperate to be taken, we meet two men who are pleading for us to just take the women and children. We pull them aboard but the boat can’t get to their homes. It will take a smaller boat later, they’ll have to wait.

After an hour and a half, we finally reach Sikander’s home and the rescue mission is well under way. The children and women are scared, I try to reassure them and hold their hand.

But here too, not everyone wants to leave the family home. It’s a tearful departure. I ask the woman to come or to send her young daughter with her family but she simply shakes her head and cries.

In all, we help seven children, five women and three men on board. The army has 16 boats in this area but each boat can only take a maximum of 18 adults. It’s time consuming and simply not enough.

The navy is also here with boats that can access shallower waters and some local charities are providing rescue boats and food.

Safely on board, I hear Arabic prayers filling the air which is heavy with fear and tension. 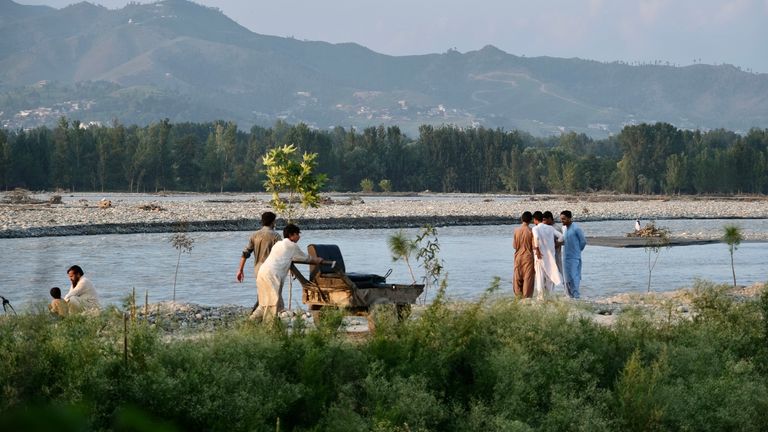 Sikander could not stop thanking the team. He said: “You’ve saved our children. Thank you so, so much. We could never repay what you’ve done for us.”

The fear was visible on his face, a broad man with a dignified presence. He had waited patiently on the shore on a promise from Captain Rizvi that they would take him to rescue his family and they did.

Now his eyes were bloodshot and full of tears.

It takes more than three hours to carry out this rescue, it’s traumatic and emotional. Finally on dry ground, their ordeal is not yet over, it’s only just begun.

They have nowhere to sleep, nothing to eat and have lost their livelihoods.