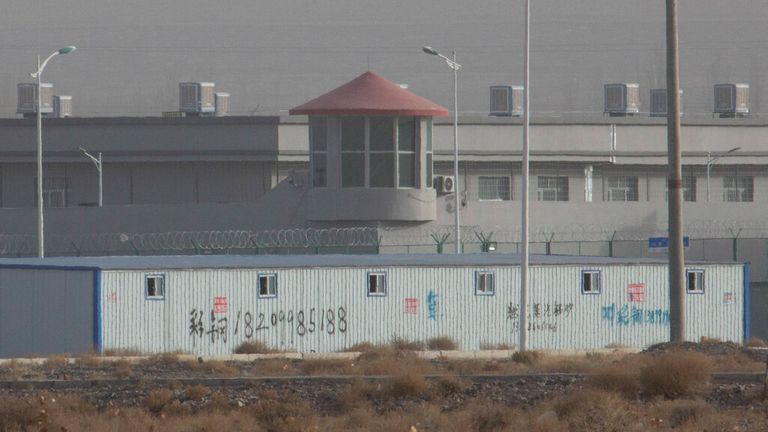 It added that it had found evidence in women of forced abortions or forced sterilisations.

After being made aware of “serious allegations of violations of human rights against Uyghurs, and other predominantly Muslim communities”, the Office of the UN High Commissioner for Human Rights announced that it would investigate.

A tribunal found China guilty last December of genocide against Uyghurs and other minorities in Xinjiang.

UN claimed that its report was based on “a thorough review of all available documentary material”.

It stated: “The extent to which members of Uyghur or other predominantly Muslim groups are arbitrarily and discriminatorily detained pursuant to law, policy, in context with restrictions and deprivation generally of fundamental rights enjoyed individually, and collectively, might constitute international crimes, particularly crimes against humanity.”

It refers to “violations in the family planning policy” in a lengthy report.

According to the document, “Several women interviewed OHCHR made allegations of forced birth control. This included forced IUD placements and forced sterilizations with regard to Uyghur or ethnic Kazakh women.”

It also states that “some women spoke out about the possibility of severe punishments, including ‘internment or ‘imprisonment,’ for violating the family planning policy.

OHCHR interviewed several women after they had reached the maximum number of children allowed under the family planning policy.

These first-hand accounts are credible, even though they are limited.

China’s UN spokesperson Liu Yuyin stated that the so-called “assessment” is based on presumption and guilt. It uses lies and disinformation fabricated by anti China forces as its main sources. It deliberately ignores authoritative information provided by China and object materials provided by China. This in turn, distorts China’s laws and policies.

He said that it “exposes the deep-rooted biases against and ignorance about China of some people within the OHCHR” as well as “is purely an act of folly by some Western countries, anti-China forces”.

The UN stated that its assessment was based upon China’s obligations under international law on human rights.

It also stated that China is a party to certain treaties, such as the Convention on the Elimination of All Forms of Racial Discrimination.