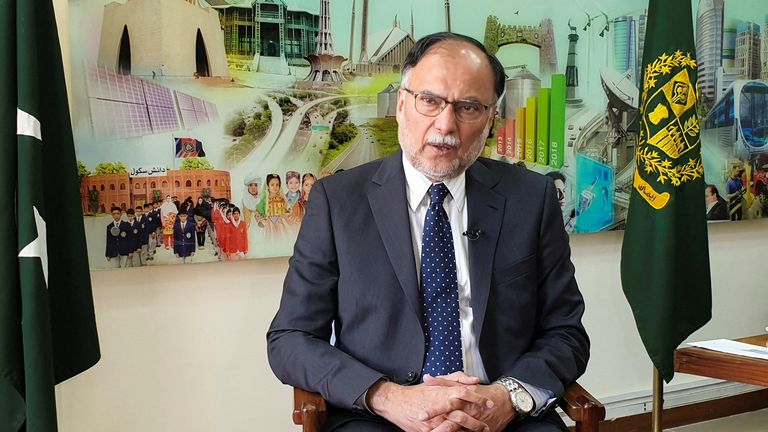 According to its planning minister, richer countries have a “responsibility” to help Pakistan with floods and prevent future disasters as they have contributed to climate change.

Over a million homes were damaged and more than 1000 people have died.

Mr Iqbal stated that “our carbon footprint is the lowest in the world.”

“The international community is responsible for helping us to upgrade our infrastructure to make it more climate-resilient, so we don’t suffer such losses every three to four years, or five years.”

He said that areas that used to get rainfall don’t receive it anymore, and areas which once received very mild rains now receive heavy rainfall.

In an interview with Reuters, Mr Iqbal stated that the cost of recovery from the disaster was more than $10bn (PS8.54bn). It could take up to five years.

He said that formal requests for financial assistance will need to be made only after the extent of the damage has been assessed.

Why Pakistan, after its devastating flooding is at the ‘ground zero” of the climate crisis

Some countries have already offered assistance: Tens of thousands of blankets and tents have been sent by China. Canada donated $5m (PS4.2m).

Miftah, Pakistan’s finance minister, stated that Pakistan may also consider importing vegetables from India as a way to help with food shortages caused by lost crops.

Floods have devastated large swathes of the country since June, and over 30 million people in the country of 220 million are currently affected.

There are concerns that the situation could worsen.

Sky News was told by Peter Ophoff from the International Federation of Red Cross and Red Crescent Societies: “The monsoon should have ended by the end of July.”

“We are at the end of August and still have heavy rain. Many believe that we are still far from the peak.

He stated that the floods were the worst for decades, and that access was the greatest problem, with 3000km (1.860 miles) of roads being washed away. 160 bridges have also been destroyed.

Both Boris Johnson, Prime Minister of Britain, and Queen Elizabeth II sent messages of support. The monarch said she was deeply saddened by the “tragic loss of life” and the destruction.

These floods are compounded by economic problems in Pakistan, including high inflation and a currency losing value.