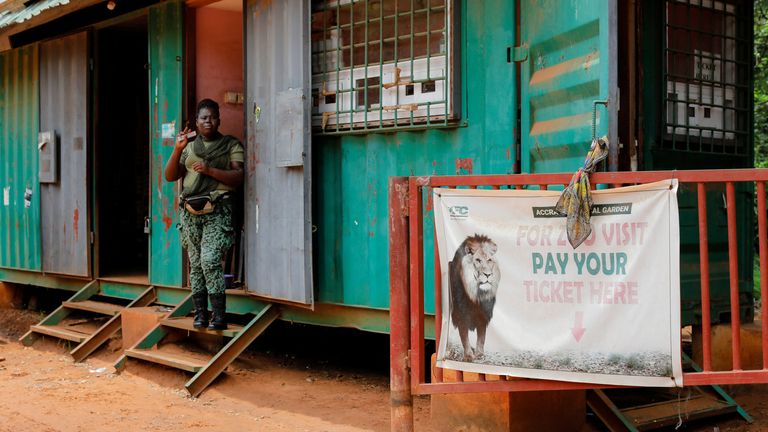 According to Ghana’s government, a man was attacked by a lion and killed after entering its enclosure at a Zoo in Ghana.

Security officers on routine patrol observed that the middle-aged man had climbed a high mesh fence to get into the restricted area. It contained a lioness, two cubs, and a lion.

The statement from the forestry commission stated that the intruder was attacked by one of the lions within the inner fencing.

The man died of wounds sustained in the attack on Accra Zoo in Ghana’s capital.

According to the statement, none of the animals fled during the incident. The enclosure was also kept secure.

Authorities have started an investigation into the incident and are still trying to determine the motive.

The lions are a popular attraction at the zoo. Visitors can view them up close through reinforced mesh fencing.