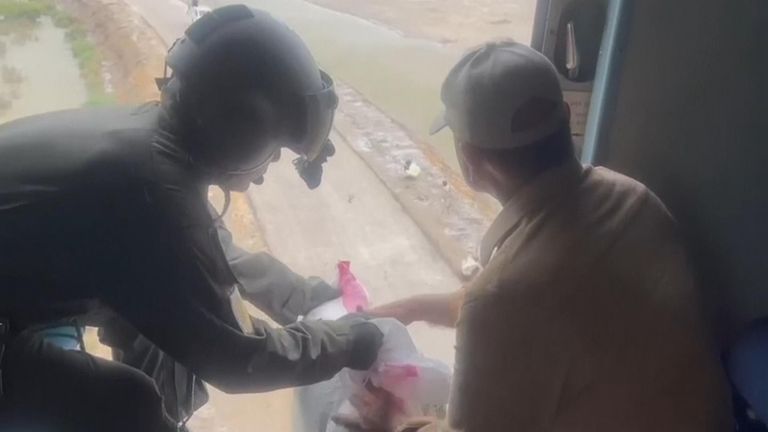 Tens of thousands of Pakistanis have fled their homes after deadly floods. The prime minister of Pakistan warned that the “magnitude and severity of the calamity” was greater than they expected.

Since mid-June nearly 1,000 people have died in floods that were triggered by heavy monsoon rainfalls.

A major bridge was destroyed in an overnight attack, cutting off roads to some areas, in the Khyber Pakhtunkhwa province.

Pakistan’s Prime minister Shehbaz Sharif was captured in a helicopter dropping relief supplies to flood-hit areas. Shehbaz tweeted that the “amount of the calamity” is greater than it appears.

He wrote, “Times require that we come together in support of our citizens facing this calamity.”

Officials say that around 180,000 residents of Charsadda fled their homes because of fears of flooding.

Others spent the night on the highways with their animals. 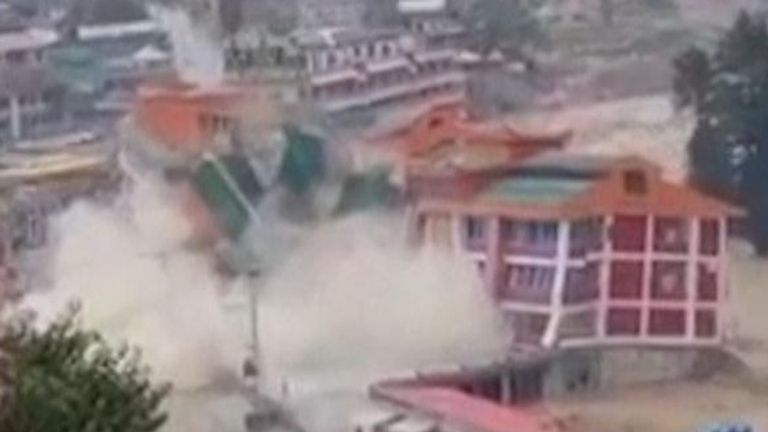 According to Ms Rehman, more than 30 million Pakistanis have been affected by flooding and monsoon rains over the past few weeks.

The military is providing assistance in the flood response, and leaders from Pakistan plan to establish an international appeal fund.

The Taliban in Afghanistan has appealed to for assistance after floods in the eastern and central provinces.

Disaster authorities reported that the death toll due to floods in Afghanistan this month had reached 192.

Many thousands of animals were killed and 1.7million fruit trees were destroyed. This raises concerns about how families will survive the cold months as the country faces an economic crisis.