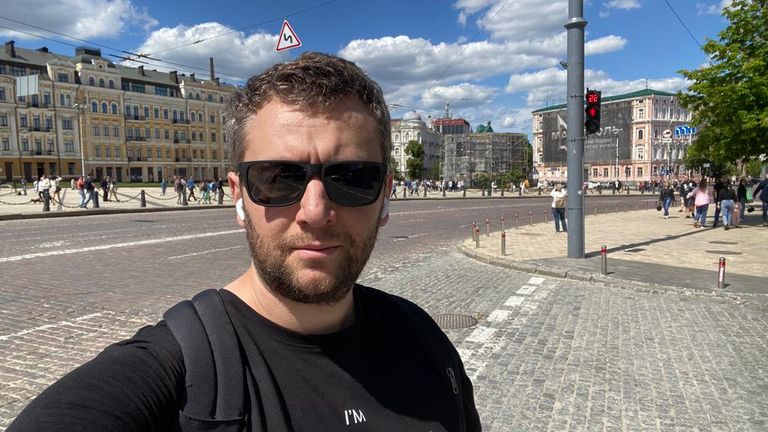 This Wednesday marked exactly six years since the Russian invasion of Ukraine.

According to the UN, 12 million people have been forced from their homes during that period. Ilyas Verdiev’s family is one of them. He was recently allowed to travel to Poland to visit his wife and the children he fled to Poland after breaking a ban on males between 18 and 60 years old.

The IT specialist touches on the wider turmoil that is rooted in a growing sense of nationalism, despite spending much-needed and treasured family time in secure surroundings.

“No one is running around, chasing, preparing or taking breakfast. You are the only one there.

“But on one hand, I want to go to Kyiv. It’s strange because it makes me feel more at home there.

“I don’t know how to explain it.” Kyiv is Ukraine’s home.

Verdiev and Oksana, a fellow citizen, began recording their personal experiences in war zones through a series audio diaries soon after the Russian invasion.

His dream to reunite with his family was a constant thought throughout that time. Despite the fact that war has lasted months, it has also brought about many personal conflicts.

He continues, “I don’t know how I can be here in the quiet of Poland or in a quiet area, knowing that there is war going on.”

“I’m donating, but I know I’m supporting the army. It feels like I have to be there, even though I am not a soldier. This is my current vortex of emotions.

The Ukraine War Diaries podcast celebrated its one millionth listen this week on the 31st year of Ukraine’s independence.


The creators of Sky News’ award winning StoryCast podcast, Ukraine War Diaries, is a weekly podcast that follows those living along Europe’s new frontline and those who have managed to escape it.