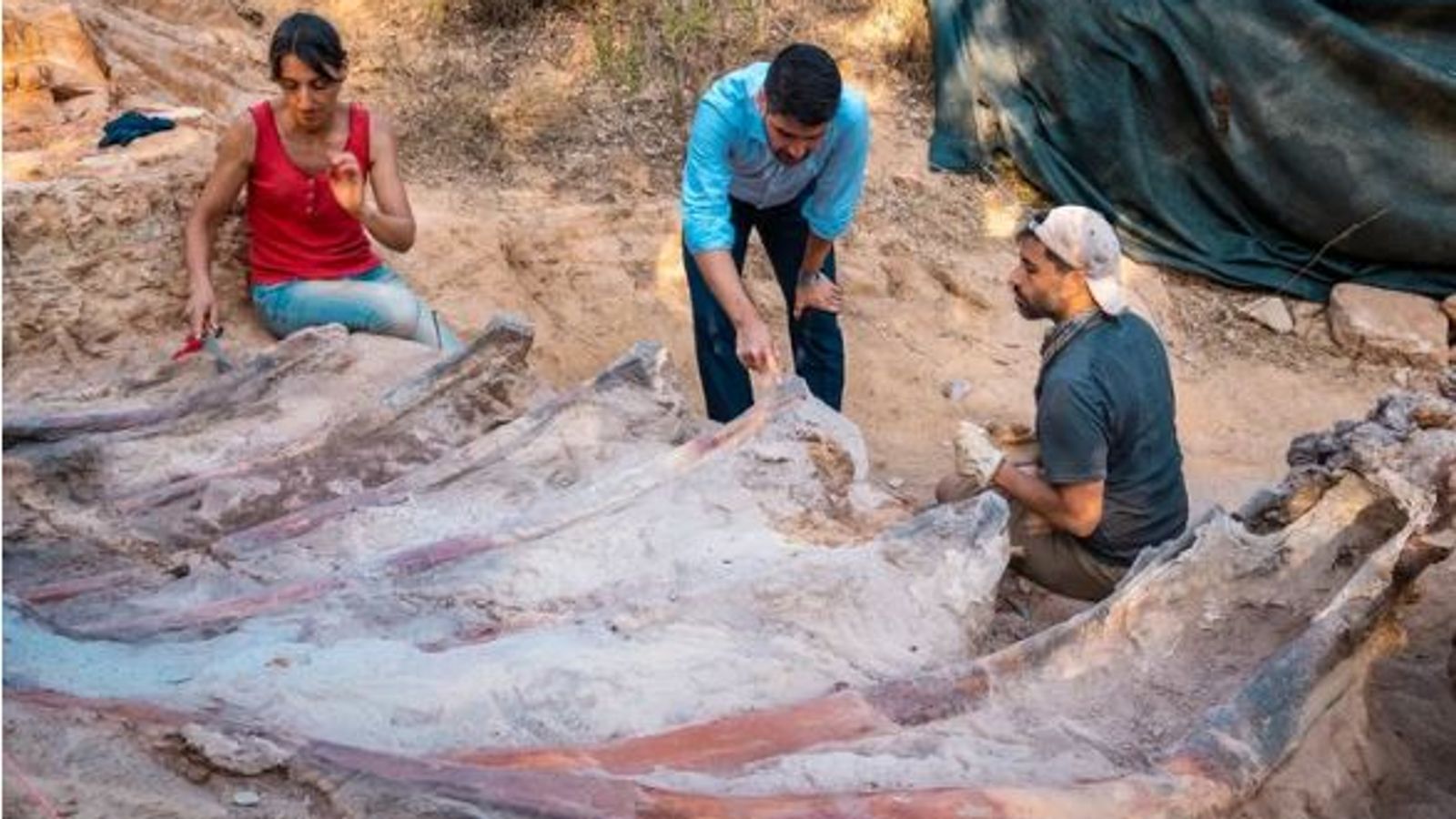 The skeleton of an 82ft-long dinosaur has been discovered in a man’s backyard in central Portugal.

Palaeontologists from Spain and Portugal working on the site in the city of Pombal believe it could be the remains of the biggest sauropod dinosaur to be found in Europe.

The excavation began when the landowner first noticed fragments of bones on his property in 2017 during construction works.

Researchers say in recent weeks they have unearthed the vertebrae and ribs of a possible brachiosaurid sauropod, or brachiosaurus, that would have stood about 39ft (12m) tall and been about 82ft (25m) long.

The Brachiosauridae group is made up of large species that lived from the Upper Jurassic period to the Lower Cretaceous, around 160 to 100 million years ago.

“It is not usual to find all the ribs of an animal like this, let alone in this position, maintaining their original anatomical position,” Elisabete Malafaia, a postdoctoral researcher at the University of Lisbon, said.

“This mode of preservation is relatively uncommon in the fossil record of dinosaurs, in particular sauropods, from the Portuguese Upper Jurassic.”