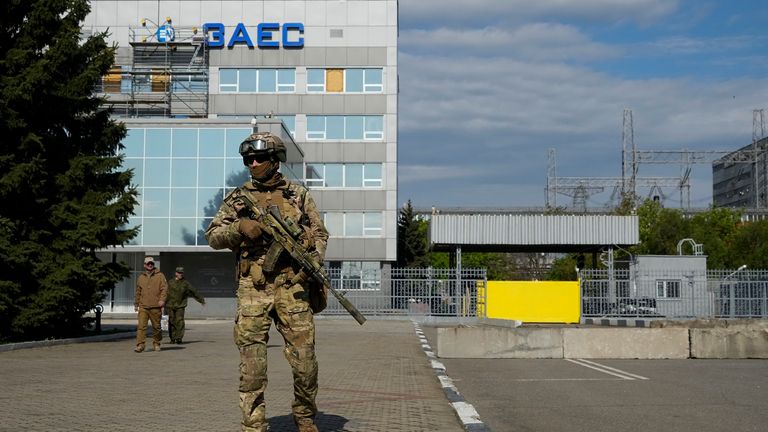 Russia has put all Europeans “one step away” from a radiation disaster at Ukraine’s largest nuclear power plant, President Volodymyr Zelenskyy has said in a dire warning.

The Ukrainian leader said the world narrowly avoided a catastrophe at the Zaporizhzhia facility, which is being reportedly being used as a base by Kremlin troops.

He blamed shelling by Russian forces for fires in a nearby coal power station that disconnected the reactor complex at the nuclear plant from the power grid.

“If our station staff had not reacted after the blackout, then we would have already been forced to overcome the consequences of a radiation accident,” he said in his nightly address.

“Russia has put Ukraine and all Europeans in a situation one step away from a radiation disaster.”

Moscow forces captured the plant in March following the full-scale invasion of Ukraine and have controlled it since, although it is still operated by Ukrainian technicians.

Nuclear experts have warned of the risk of damage to the Zaporizhzhia plant’s spent nuclear fuel pools or its reactors.

Cuts in power needed to cool the pools could cause a disastrous meltdown.

The prospect of an accident at such a large nuclear facility conjures spectres of the disaster at the Chernobyl nuclear plant’s Number 4 reactor in 1986.

The United Nations is seeking access to the Zaporizhzhia plant and has called for the area to be demilitarised.

US President Joe Biden – who spoke with President Zelenskyy by phone on Thursday – has called for the plant to be returned to Ukraine.

The White House also called on Russia to agree to a “demilitarised zone around the plant”.

Elsewhere in the conflict, Russia’s defence ministry claims that its forces had destroyed eight Ukrainian warplanes in strikes at air bases in Ukraine’s Poltava and Dnipropetrovsk regions.

That would be one of the heaviest losses for Ukraine’s air force in recent weeks.