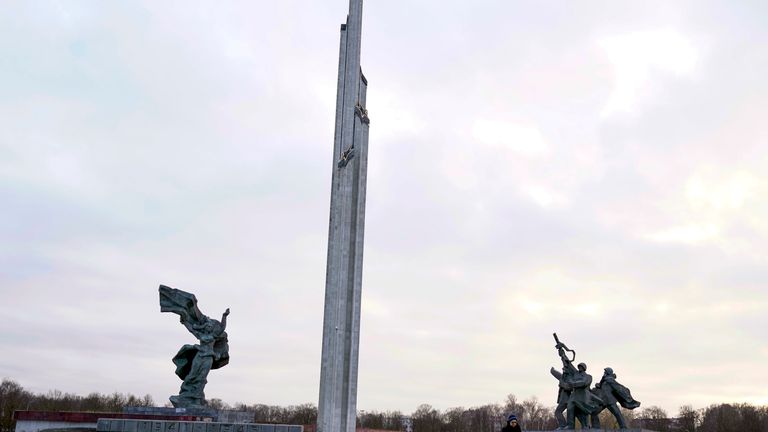 A concrete column in Latvia’s capital which stirred controversy for years has been taken down as onlookers cheered and applauded.

The obelisk – the centrepiece of a monument marking the Soviet Union’s victory over Nazi Germany which occupied the Baltic States in World War Two – was built in 1985 when Latvia was still part of the USSR.

The structure, made up of five spires with three Soviet stars at the top, was between two groups of statues – a band of three Red Army soldiers, and a woman representing the “Motherland” with her arms in the air.

It stood nearly 80 metres (262ft) high in the centre of Riga before it was toppled and crashed into a nearby pond in the city’s Victory Park.

Heavy machinery had been seen behind a green fence ahead of its removal. The statues were earlier taken away.

Latvia’s foreign minister Edgars Rinkevics tweeted: “Latvia takes down one of the symbols of the Soviet occupation in Riga. Closing another painful page of the history and looking for better future.”

The obelisk has been controversial since Latvia regained independence in 1991 and eventually became part of NATO and also a member of the European Union.

Russia’s invasion of Ukraine in February has led to authorities in several eastern European countries speeding up the removal of symbols from their previous communist eras.

Latvia’s parliament voted to approve the demolition of the monument in May, and the Riga City Council followed suit.

Ethnic Russians make up about 25% of Latvia’s population.