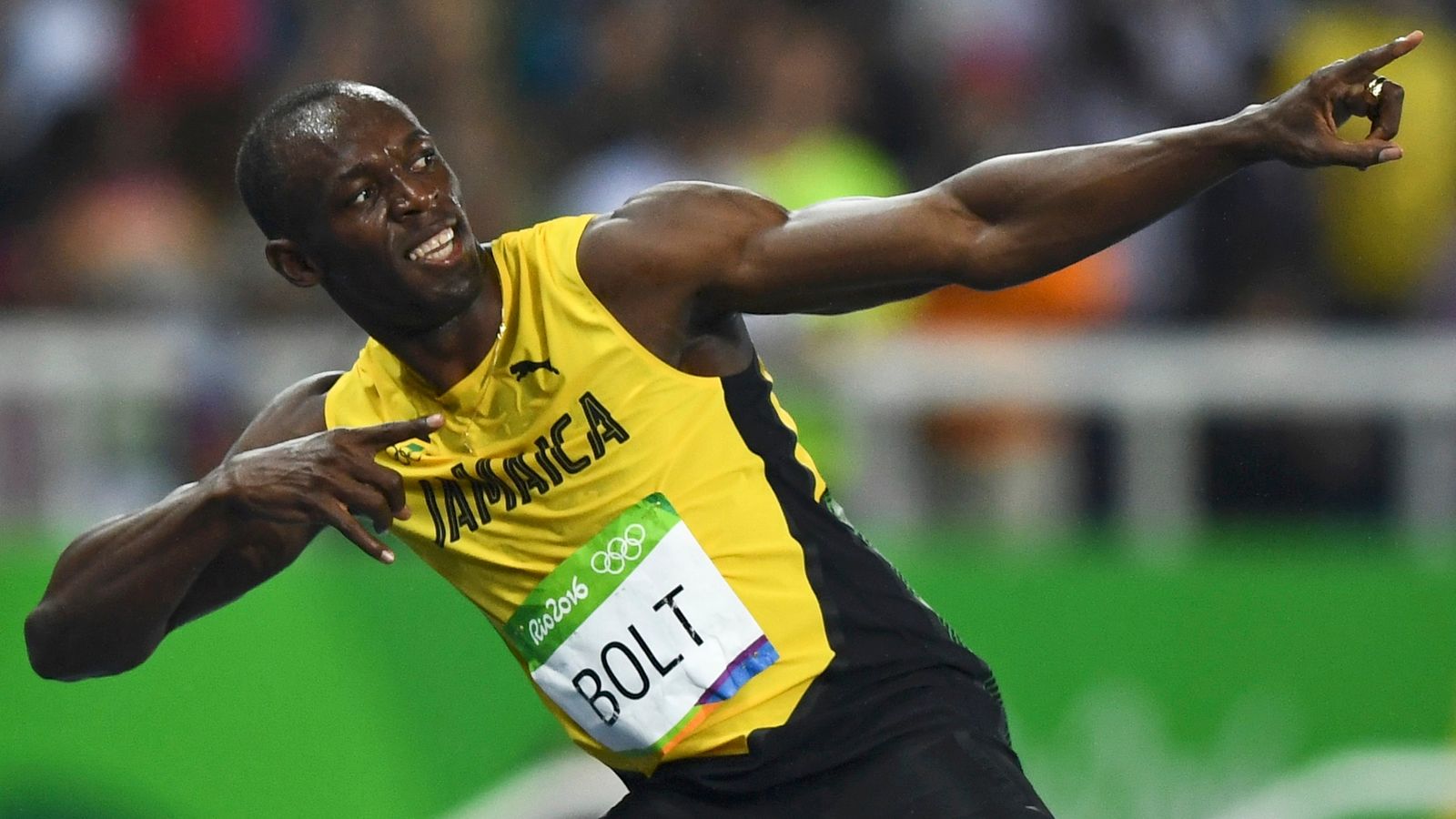 Athletics superstar Usain Bolt is looking to trademark a logo of his legendary victory pose.

The retired Jamaican sprinting legend and eight-time Olympic gold medallist submitted an application with the US Patent and Trademark Office last week.

The filing indicates he will use it to market a range of products including sunglasses, jewellery, bags and sporting goods, as well as restaurants and sports bars.

“The logo could be licensed or he could make those products himself.”

Bolt is known globally for his signature stance – leaning back and pointing to the sky – which he routinely struck after notching up numerous gold medals and world records.

He remains the fastest man in history, still holding the world records for the 100m and 200m.

According to the filing, the logo depicts “the silhouette of a man in a distinctive pose, with one arm bent and pointing to the head, and the other arm raised and pointing upward”.

He previously applied to register a similar trademark 12 years ago, but this has since lapsed after going unused.

Bolt was involved in a series of company endorsements during his career, including Puma sportswear and Virgin Media, where he promoted broadband speeds.

He retired from athletics at the 2017 World Championships in London.

He tried to switch to pro football and had a trial with an Australian side but could not agree a contract, and in 2019 announced his career in sports was over.

The 36-year-old has a number of business interests, although an eponymous electric scooter rental company he co-founded reportedly shut down in the US earlier this month.