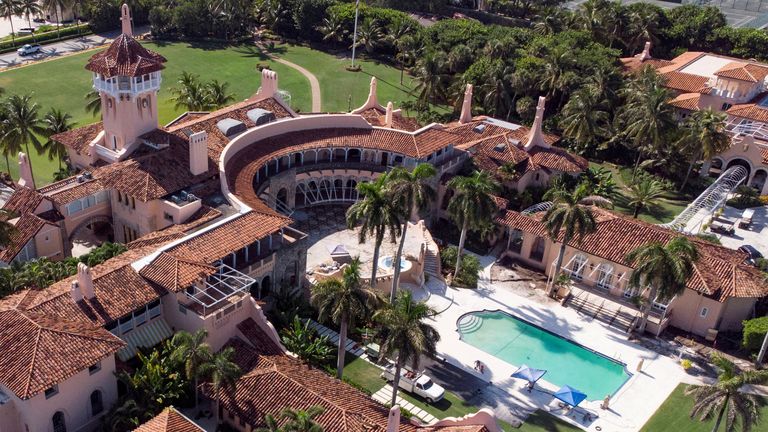 Lawyers for Donald Trump have asked a federal judge to prevent the FBI from continuing to review documents recovered from his Florida estate.

They are calling for the appointment of a special master not connected to the case who would inspect the records recovered and set aside those that are covered by executive privilege – a principle that permits presidents to withhold certain communications from public disclosure.

The request was included in a court filing that takes broad aim at the FBI investigation into the discovery of classified records at Mar-a-Lago.

The filing casts the 8 August search, in which the FBI said it recovered 11 sets of classified documents, as a “shockingly aggressive move” and describes the former president and his representatives as having cooperated for months.

“Law enforcement is a shield that protects America. It cannot be used as a weapon for political purposes,” the lawyers wrote on Monday.

Explainer: Why did FBI raid Donald Trump’s Mar-a-Lago estate – and what it is investigating

“Therefore, we seek judicial assistance in the aftermath of an unprecedented and unnecessary raid at Mar-a-Lago.”

“This matter has captured the attention of the American public. Merely ‘adequate’ safeguards are not acceptable when the matter at hand involves not only the constitutional rights of President Trump, but also the presumption of executive privilege,” the lawyers wrote.

Separately on Monday, a federal judge acknowledged that redactions to an FBI affidavit spelling out the basis for the search might be so extensive as to make the document “meaningless” if released to the public.

But US Magistrate Judge Bruce Reinhart said he continued to believe it should not remain sealed in its entirety because of the “intense” public interest in the investigation.