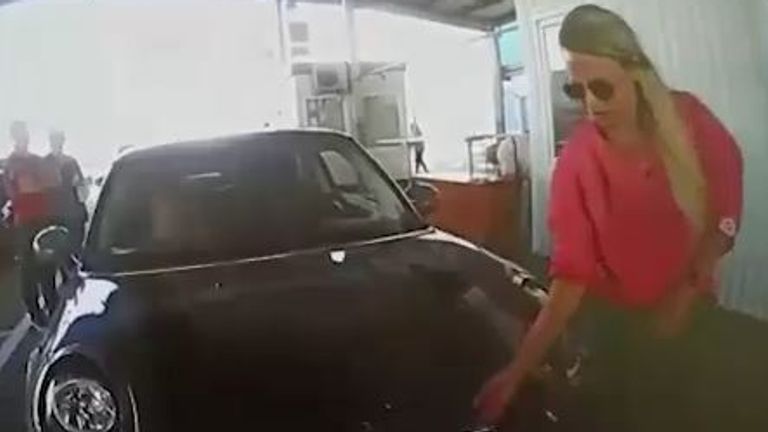 Russia is planning to launch fresh attacks against Ukraine’s civilian infrastructure and government facilities soon, a US intelligence official has warned.

“Given Russia‘s track record in Ukraine, we are concerned about the continued threat that Russian strikes pose to civilians and civilian infrastructure,” the official, who spoke on condition of anonymity, said.

And other regions have also restricted public gatherings including Kharkiv where Mayor Ihor Terekhov announced an extension to an overnight curfew to run between 4pm and 7am until Thursday.

In the port of Mykolaiv, near Russian-held territory to the south, regional governor Vitaliy Kim said authorities planned a precautionary order for residents to work from home on Tuesday and Wednesday and urged people not to gather in large groups.

Near frontlines in the south of the country, Ukraine said Russia fired rockets into several towns north and west of Europe’s largest nuclear power plant, captured by Russian forces shortly after they invaded in February.

Artillery and rocket fire near the Zaporizhzhia nuclear reactor complex, on the south bank of the Dnipro River, has led to calls for the area to be demilitarised.

Ukrainians living near the plant fear shells could hit one of its six reactors, with potentially disastrous consequences.

Meanwhile, Russia has said Ukrainian intelligence officers were responsible for the car bombing that killed the daughter of a leading right-wing Russian political thinker over the weekend.

Darya Dugina, a 29-year-old commentator with a nationalist Russian TV channel, died when a remotely controlled explosive device planted in her car blew up on Saturday night as she was driving on the outskirts of Moscow.

Her father, Alexander Dugin, a philosopher, writer and political theorist who ardently supports Russian President Vladimir Putin’s decision to send troops into Ukraine, was widely believed to be the intended target.

The FSB said a Ukrainian citizen, Natalya Vovk, carried out the killing and then fled to Estonia.

The FSB said Ms Vovk arrived in Russia in July with her 12-year-old daughter and rented an apartment in the building where Ms Dugina lived in order to shadow her.

It said that she and her daughter were at a nationalist festival that Mr Dugin and his daughter attended just before the killing.