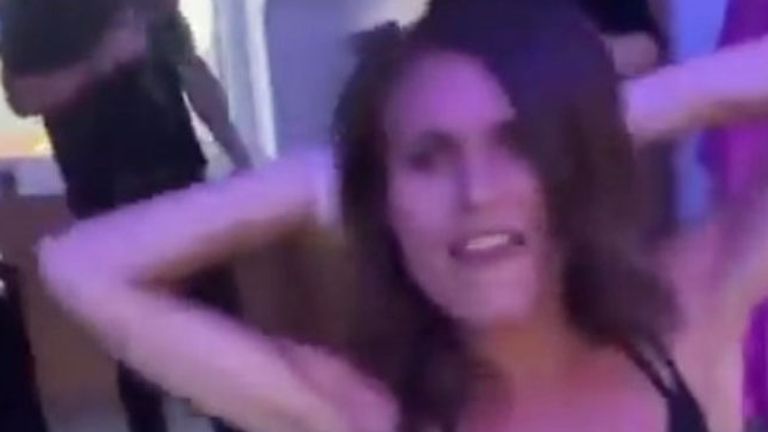 Finland’s prime minister has apologised after a picture emerged showing two influencers posing naked in her official residence during a private party.

Sanna Marin has recently drawn criticism after footage was released last week showing her singing and dancing with Finnish celebrities at a separate party.

She took a drugs test, which came back negative on Monday, after concerns that she had taken drugs during the event.

This week, another image has been circulating on social media, showing two well-known female influencers kissing, covering their breasts with a Finland sign from Ms Marin’s official residence in Helsinki.

The picture was taken during a private party in July, and the 36-year-old leader apologised for the image, adding that it “is not appropriate”.

“That kind of a picture should not have been taken, but otherwise, nothing extraordinary happened at the get-together,” she said.

Ms Marin added the picture was taken during a private party with her friends after a music festival in July, where they “had sauna, swam and spent time together” at her seaside residence.

The image shows influencer Sabina Sarkka with another woman, and Ms Sarkka issued an apology on her Instagram account, saying she posted the “inapporpriate picture” on 10 July and she is “deeply sorry”.

Ms Marin became the world’s youngest leader in December 2019, and it is no secret that she enjoys her free time.

Many Finns have supported and backed the prime minister for combining a private life with a high-profile career, but opponents have raised concerns about her behaviour during a time when tensions are high due to the war in Ukraine.

Finland shares a large land border with Russia on its eastern flank and recently asked to join NATO, dropping its neutral stance.

Ms Marin said in January that she and her fellow young female ministers have been targeted with extensive hate speech for their gender and appearance while in office.