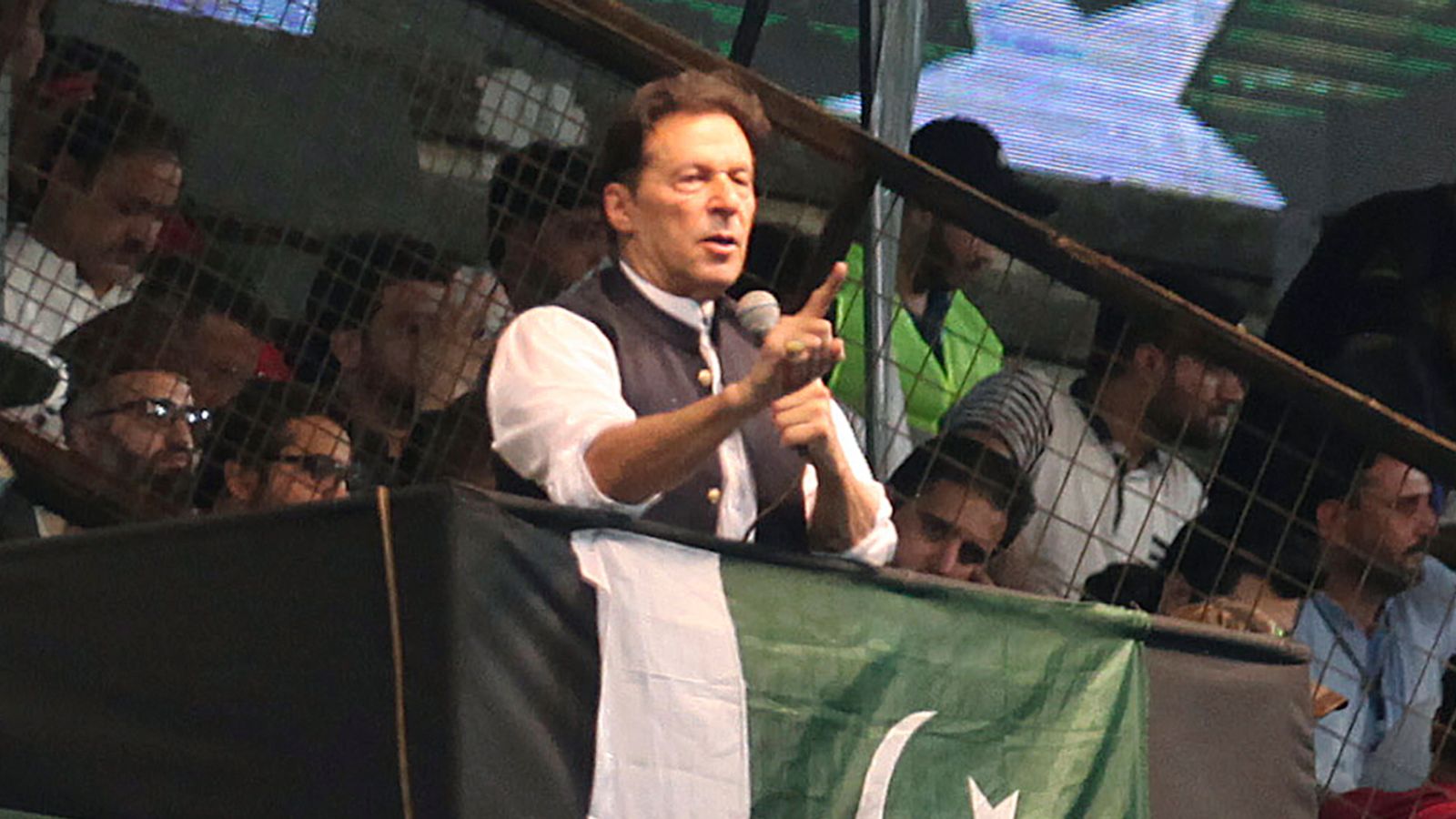 Imran Khan, Pakistan’s former prime Minister, has been indicted under anti-terror laws. He was accused of threats to police officers and a judicial magistrate.

This is after he allegedly threatened Islamabad’s chief police officer and a female judge during a speech he delivered on Saturday about the arrest and alleged torture that a close aide faces.

Mr Khan‘s nephew posted on Sunday: “Arrest attempts might take place between 4am and 6am.

“I ask lawyers to call for a country-wide strike. The whole country will be closed. Red line for Leader Imran Khan

Bawar Awan, his lawyer, filed a request at Islamabad’s High Court for protective bail for Khan. This would prevent him from being arrested.

The Pakistani legal system allows police to file what is called a first report on charges against an accused person to the magistrate. This allows the investigation to proceed. Police typically arrest the accused and question them.

The politician had earlier accused the government of blocking YouTube temporarily in order to stop people listening to live to a speech that he delivered at a rally.

The Pakistani electronic media regulator has banned live broadcasting of speeches by Mr Khan because of his hate speech against state institutions.

PEMRA stated that it would ban news channels from broadcasting his speeches live. However, recorded speeches can be aired.

PEMRA stated that Mr Khan’s speeches “prejudiced the maintenance of law order and likely to disturb the public peace and tranquility”.

After being removed from power in April, Mr Khan has been making fiery speeches to gatherings all over the country.