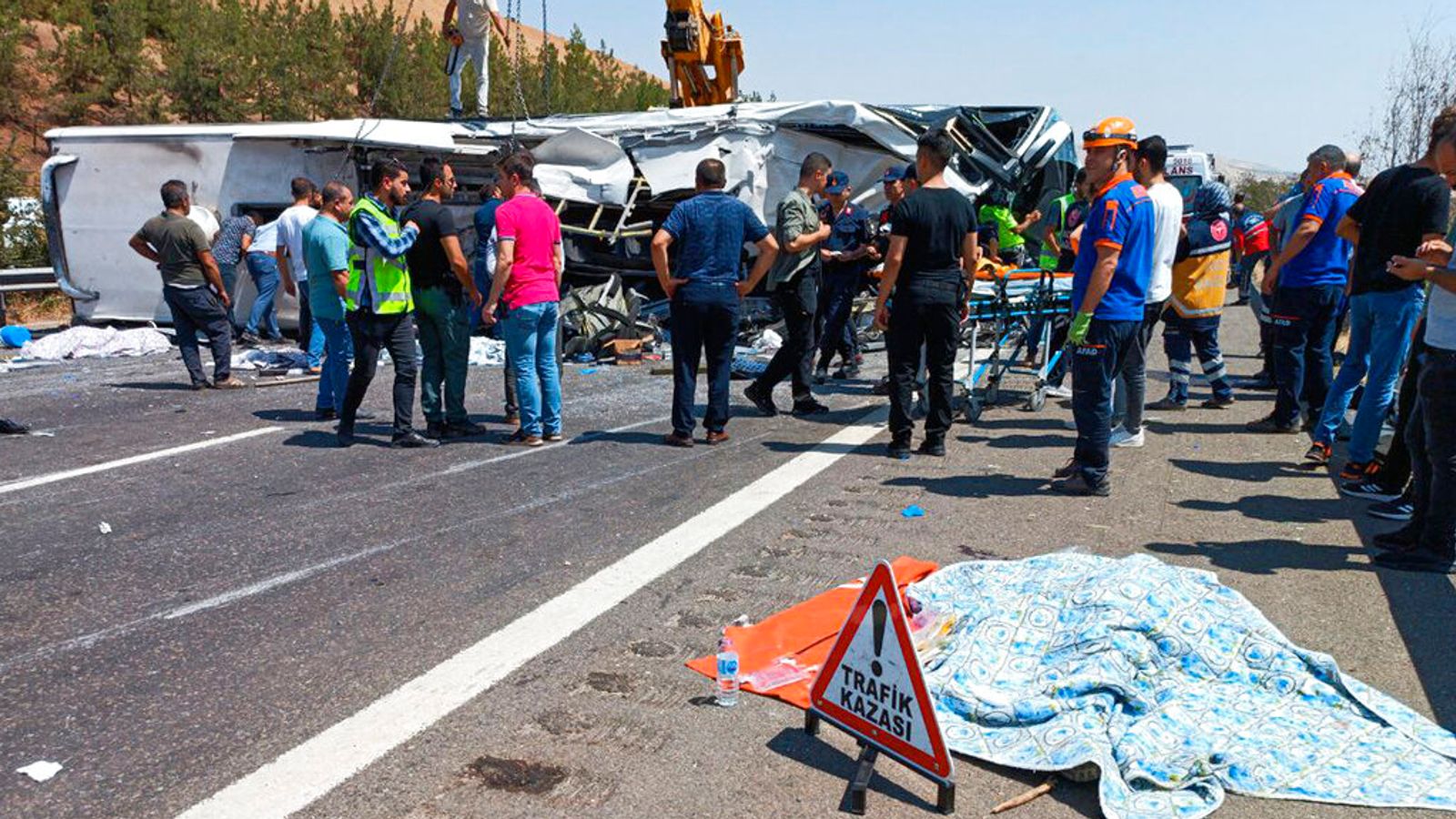 Officials have confirmed that at least 32 people died in Turkey after two different but similar crashes. Both involved large vehicles colliding with emergency crews on the scene of an earlier road accident.

Regional governor Davut Gul stated that 16 people were killed in the road between Gaziantep, Nizip and four emergency workers, as well as two journalists from a Turkish news organization.

From the scene of the accident, Mr Gul explained how a bus carrying passengers had collided with a building at 10.45 am local time.

He said that another bus had crashed 200m behind the accident scene, while the medical teams, fire brigade and other colleagues responded to it.

“The second bus came to the site and struck the first responders as well as the injured people on the ground.”

Suleyman Soylu, interior minister, stated that the rest of those who died were passengers on buses.

According to Mr Gul, 22 more people were injured.

Ilhas News Agency reported that two drone operators died after stopping to assist victims of the first crash in which a bus had veered off-road.

Television footage showed the scene with the ambulance suffering severe damage and the bus being flipped on its side.

Fuat Oktay, vice president, stated that journalists and emergency workers had “lost all their lives in the line-of-duty”.

According to footage, the truck struck a different site about 250km east of Mardi. First responders were attending to another accident.

Fahrettin Koca, Turkish health minister, stated that 16 people were killed and 29 were injured in the Mardin crash. He also added that eight of those who were hurt were in critical condition.