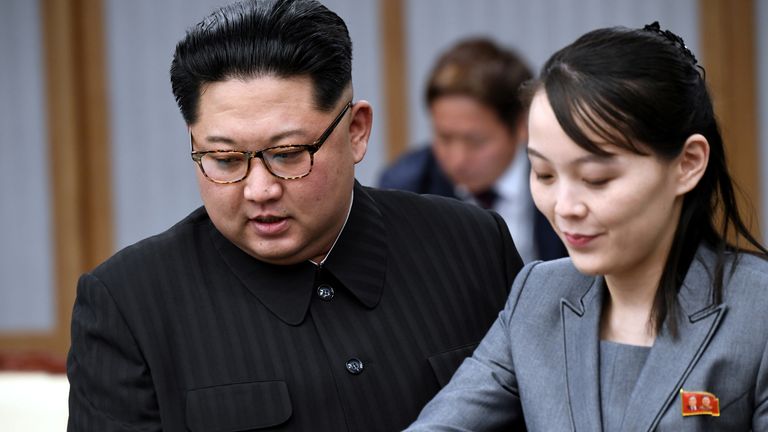 Kim Jong Un’s sister has spoken out against South Korea’s president, telling him to “shut up” after he refused economic aid in exchange for nuclear disarmament.

In a statement by KCNA, she said that “No one trades its destiny for corn cakes.”

This is the first time a top North Korean official has spoken out directly about what Mr Yoon called an “audacious” plan.

He stated that he would provide economic assistance to North Korea in phases if the country stopped developing nuclear weapons and began denuclearisation.

Ms Kim was harsh in her condemnation of the idea. She said of Mr Yoon, “It would be more favourable for him to shut his mouth rather than talk nonsense, as he had no better to say.”

Two cruise missiles were fired by North Korea towards the sea off its west coast Wednesday.

She threatened to retaliate last week after an outbreak of COVID-19 north – which was allegedly caused by southern activists dropping leaflets from balloons.

On 10 August, she spoke to a large crowd in Pyongyang and said that “What matters is that South Korean puppets continue to thrust leaflets and other dirty objects into our territory.”

The main perpetrator who gravely violated the safety of our people inflicted pains on millions of parents in our nation, who had to suffer all the hardships to ensure the lives of their children’s precious children were the despicable South Koreans.

She said, “We have eliminated the virus that was spread by the South Korean scum.” It must be countered vigorously. Although we have considered many counter-action options, our countermeasure must be deadly.

In May, the south offered economic aid. Mr Yoon spoke about it again Wednesday as he celebrated 100 days in office.

He also advocated for a greater military deterrence to North Korea. Seoul has resumed the long-suspended drills with the United States, which include major field exercises that will begin next week.