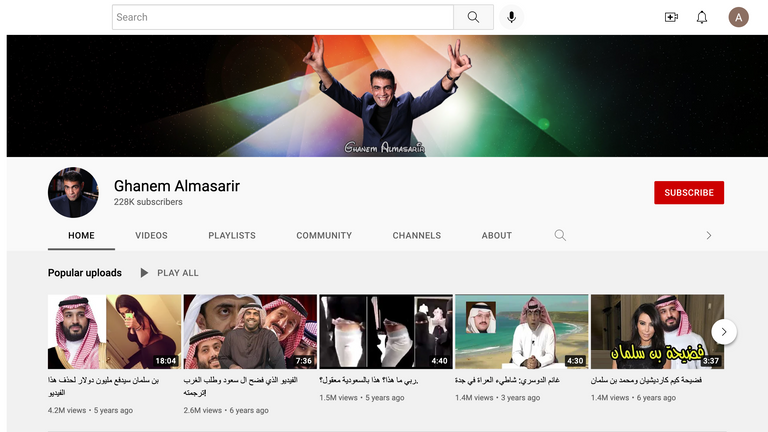 A human rights activist has been granted the ability to sue the Kingdom of Saudi Arabia after alleging Saudi agents assaulted him and infected his iPhones with spyware.

The High Court ruled on Friday that the Kingdom of Saudi Arabia (KSA) does not have immunity from facing the legal challenge under the State Immunity Act 1978.

Ghanem Al-Masarir, 41, is a satirist on YouTube and an activist who has lived in England since 2003.

He “has been prominently involved in campaigning for political reform and human rights in Saudi Arabia”, according to the High Court summary of his claim.

Mr Al-Masarir claims that the KSA hacked his phones using spyware developed by the Israeli company NSO Group, which has since been sanctioned by the US government for its involvement in alleged human rights abuses.

His claim is that the spyware allowed the Saudi regime’s staff “to access his microphone and camera to hear and record what he was doing”, say his lawyers at Leigh Day.

He was also assaulted in an attack outside Harrods in Knightsbridge, central London, on 31 August 2018 – the same year he was granted asylum in the UK – by people who he claims were acting on the behalf of the Saudi regime.

Lawyers representing the KSA argued there is no evidence that it was liable for the alleged phone infection or that the assault was committed on the kingdom’s behalf.

Mr Al-Masarir had been tipped off about the surveillance by staff at The Citizen Lab, an interdisciplinary laboratory based at the University of Toronto.

The Citizen Lab has brought many spyware cases and potential human rights abuses to light, including the tool’s alleged use inside Downing Street.

He described today’s ruling – which found against the KSA’s claim that it was immune from being hauled into an English court for the alleged actions – as a “huge relief”.

“The impact of the assault and the targeting with spyware, which I believe was orchestrated by the Kingdom of Saudi Arabia, has had a profound effect on my life,” he said in a statement following the ruling.

“I no longer feel safe and I am constantly looking over my shoulder. I no longer feel able to speak up for the oppressed Saudi people because I fear that any contact with people inside the Kingdom could put them in danger.

“I look forward to presenting my full case to the court in the hope that I can finally hold the Kingdom to account for the suffering I believe they have caused me,” he added.