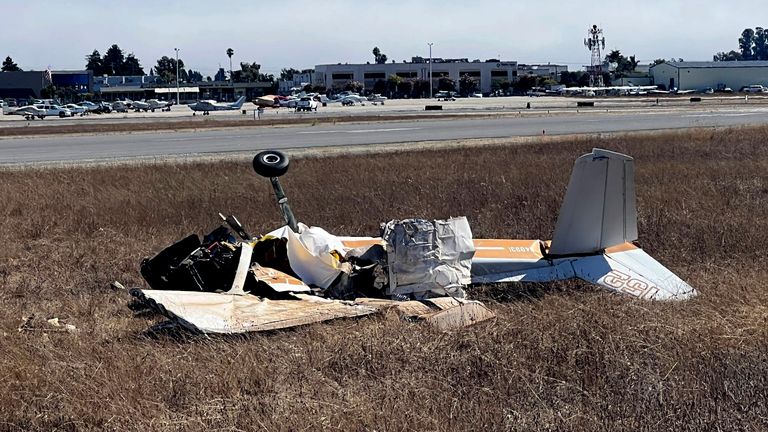 Two planes collided as they tried to land at an California airport. At least two people were injured.

According to the Federal Aviation Administration, (FAA), two people were on board the Cessna 340 while only one pilot was on the Cessna 152.

Officials reported multiple fatalities, but it wasn’t immediately clear if anyone survived.

There were no injuries to anyone on the ground.

The scene was captured on film and showed the debris of the plane as well as the emergency services (including firefighters) at the scene.

Watsonville, Santa Cruz County, is 100 miles from San Francisco and posted a statement about the crash via social media.

“We have multiple reports of fatalities.”

According to Franky Herrera who was driving by the airport at the time, the aircraft collided approximately 200 feet above the ground.

He said, “The smaller plane just spun down and crashed right there,” to the Santa Cruz Sentinel, while pointing out the wreckage at the edge of the airport.

He stated that the twin-engine plane was still going, but it was “struggling”, and then he saw flames on the other side.

Images show a damaged hangar containing the wreckage from a plane.

The airport is city-owned and does not have a control tower that can direct aircraft landings or taking off.