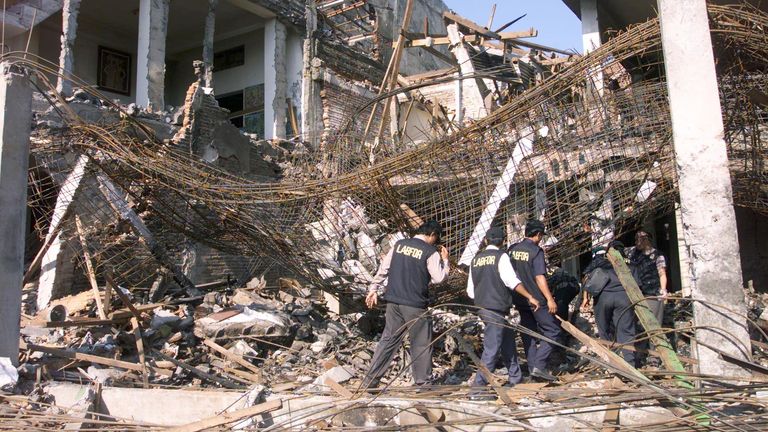 After his sentence was reduced, one of the bombmakers involved in the Bali terror attack which killed 202 people could be released on parole this month.

Umar Patek was sentenced to 20 years imprisonment in 2012 for helping to mix bombs that were used in mass murder at two tourist bars in the island.

He was a member al-Qaeda-linked militant organization Jemaah Islamiyah and was sentenced for his role in bombing churches in Jakarta.

Anthony Albanese, the Australian prime minister, stated that Patek’s sentence has been reduced by five months to commemorate Indonesia’s independence. This makes him eligible for parole.

This is one of many cuts he has received in his sentence, but it is not known if parole will be granted.

On 12 October 2002, a suicide bomber detonated his device in Paddy’s Irish Bar. It killed 88 Australians, 38 Indonesians, and 23 Britons.

A van with explosives was set off at the Sari Club nearby, and people fled the scene.

“They (Indonesia), informed us about that decision, and they informed us of our view of it,” Prime Minister Albanese stated.

“They have a system that reduces sentences and allows people to commute their sentences when anniversaries occur.

He stated, “But when it’s someone who’s committed such an heinous crime and a designer/maker of a bomb intended to kill people, kill and maim… then we have a very firm view.”

Albanese stated that the release of victims’ families would be a further source of distress and that he would continue lobbying the Indonesian government to address the issue.

After being on the run for nine year, Patek was finally caught and sentenced to prison with a $1m reward. In 2011, he was finally captured in Abbottabad, Pakistan.

Three men were executed later for their roles in the attack.