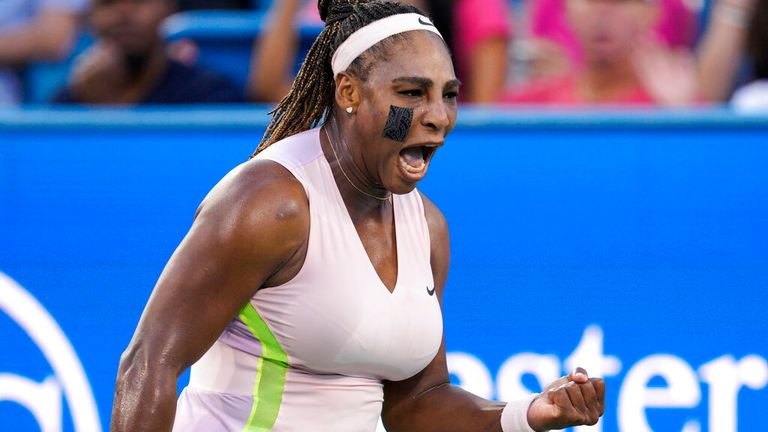 Emma Raducanu stated that she was “grateful” to have shared the court with Serena Williams, an inspiration, as they defeated the tennis legend in their first ever meeting.

Raducanu won the first round of the Western and Southern Open in Cincinnati with 6-4, 6-1 – this was the first time that the women have ever played one another.

This follows Williams’s earlier announcement that she is “evolving from tennis”. The US Open will be Williams’ final tournament in a few weeks.

Raducanu gave a flawless performance and won the match in less than an hour.

The age gap is 20 years between them and William won their first grand slam in 1999. This was three years before her British counterpart.

Raducanu said to the crowd, “We all need just to honour Serena’s amazing career.”

“I am so grateful to have had the opportunity to play her and that our careers have crossed over. She has accomplished so much that it is an inspiration and it was a great honor to share the court with them.”

She should feel confident in her next round against Victoria Azarenka, and she will be able to enter the US Open, which she won last year.

The 19-year old has not been able to match that performance at the subsequent grand slams, and was defeated in the second round of Wimbledon this summer.

Williams fans still believe in the fairytale possibilities of Williams at Flushing Meadows. But the odds are not in Williams’ favor.

She revealed her plans to end her career in Vogue, writing: “I feel great pain.” It’s the most difficult thing I can imagine. I hate it.”

“I’ve never liked the term retirement. She added that it doesn’t feel modern to her.

Evolution is perhaps the best way to describe my current state of affairs. I am here to inform you that I am moving away from tennis and towards other important things.