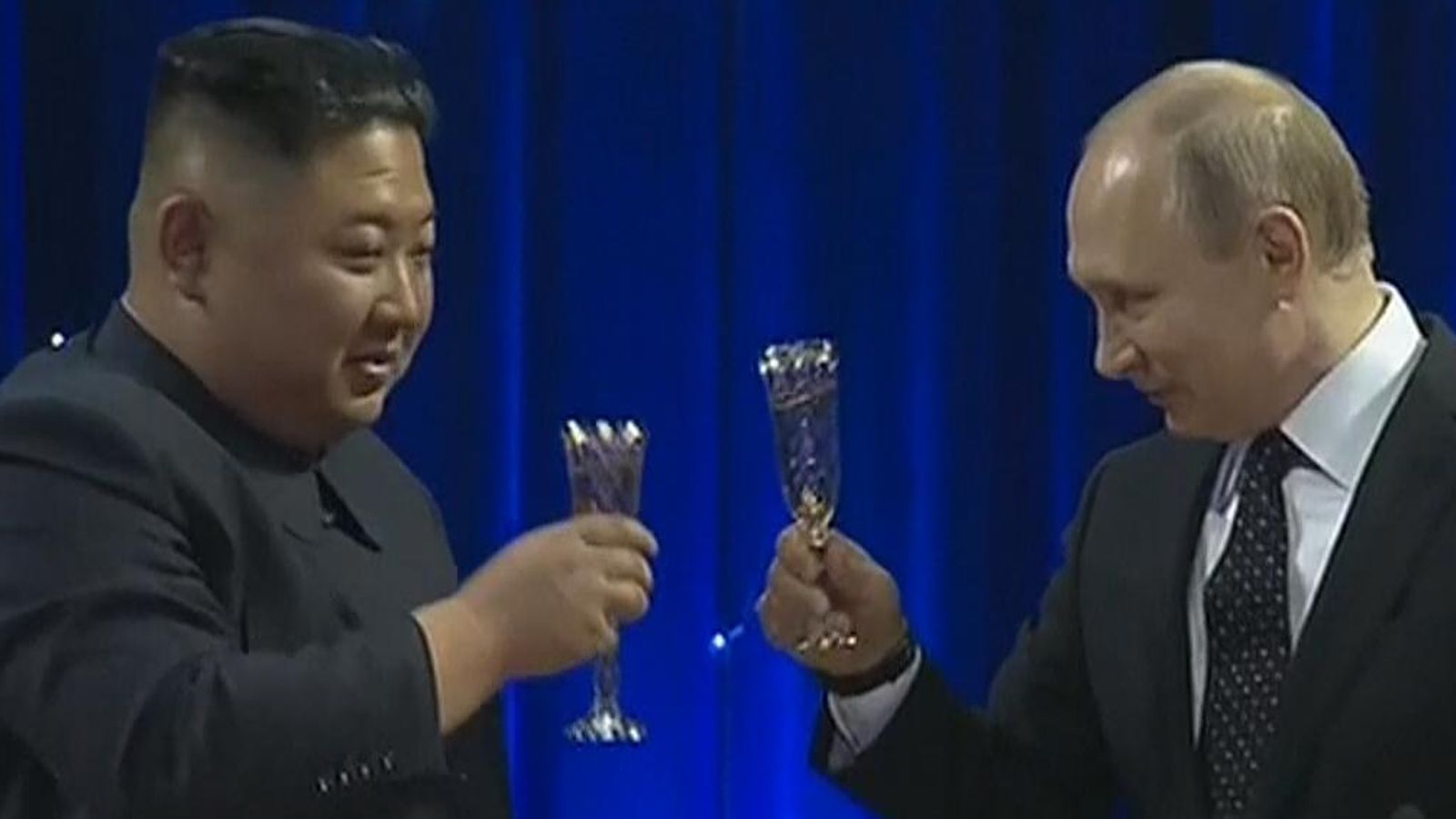 According to North Korea’s state media, KCNA, the letter from Mr Putin suggested that the pair “expand the comprehensive bilateral relations with mutual efforts”.

It was delivered to Pyongyang on North Korea’s liberation day. The document stated that a union would “strengthen security and stability in the Korean peninsula as well as the Northeastern Asian region”.

Separately, Mr Kim stated that the friendship between Russia and North Korea was forged during the Second World War, which saw victory over Japan. The “strategic, tactical cooperation, support, and solidarity” between the countries has reached a new level.

It said that their common efforts to resist threats and provocations by “hostile military force” bound them.

Although the “hostile force” was not identified by KCNA, it has used the term frequently to refer to the US as well as its allies.

In July, Kim stated that North Korea was ready to mobilize its nuclear war deterrent “accurately” and “quickly” in case of possible military conflicts with the US or South Korea.

In July, North Korea recognized two Russian-backed “people’s republics”, in eastern Ukraine, as independent states. Officials raised the possibility of North Korean workers being sent there to assist in construction.

Ukraine, which has been resisting a Russian invasion of its territory since February, was immediately disowned by Pyongyang.