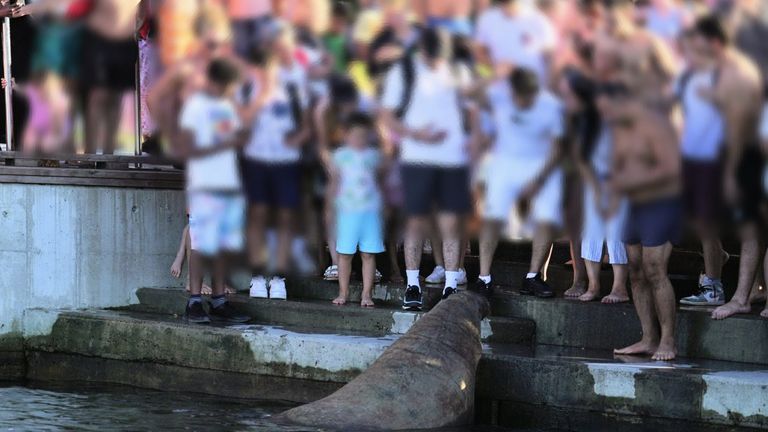 Authorities have taken down a popular walrus from the Norwegian capital, fearing she could pose a danger to the people.

Freya is a 600kg animal, named after the Norse goddess, beauty and love. She has been known for her antics, including climbing onto small boats and sinking.

Oslons were warned to not get too close to her and it was hoped she would eventually go her way.

However, Norway’s Directorate of Fisheries stated that she was taken to the hospital early Sunday morning “based upon an overall assessment of human safety and security threats”.

A spokesperson stated that “through on-site observations over the past week, we were able to see that the public had disregarded the current recommendation of keeping a distance from the walrus.”

“Therefore, directorate concluded that the potential for harm to people was high, and animal welfare was not being maintained.”

On Friday, the directorate stated that evidence was found of people bathing alongside the walrus and taking pictures at the water’s edge.

Frank Bakke-Jensen (head of the directorate) said that Freya was being considered other options, including moving to another location.

However, this option was rejected.


“I am certain that this was the right decision”

Bakke-Jensen stated: “We sympathize for the fact the decision might cause reactions with the public but I am certain that this was the right choice.

“We are very concerned about animal welfare, but safety and human life must be our top priority.”

The Blue Planet Society however stated that killing Freya was “absolutely the wrong decision made by Norway”.

It said: “We are not buying the fears for Public Safety’ line, Norway.

“More seems like the most cost-effective and convenient way to solve (a problem).

Walruses are considered a protected species. They live in herds in Arctic regions further north.

Freya, in addition to being far from her normal habitat, was stressed due to not getting enough sleep.