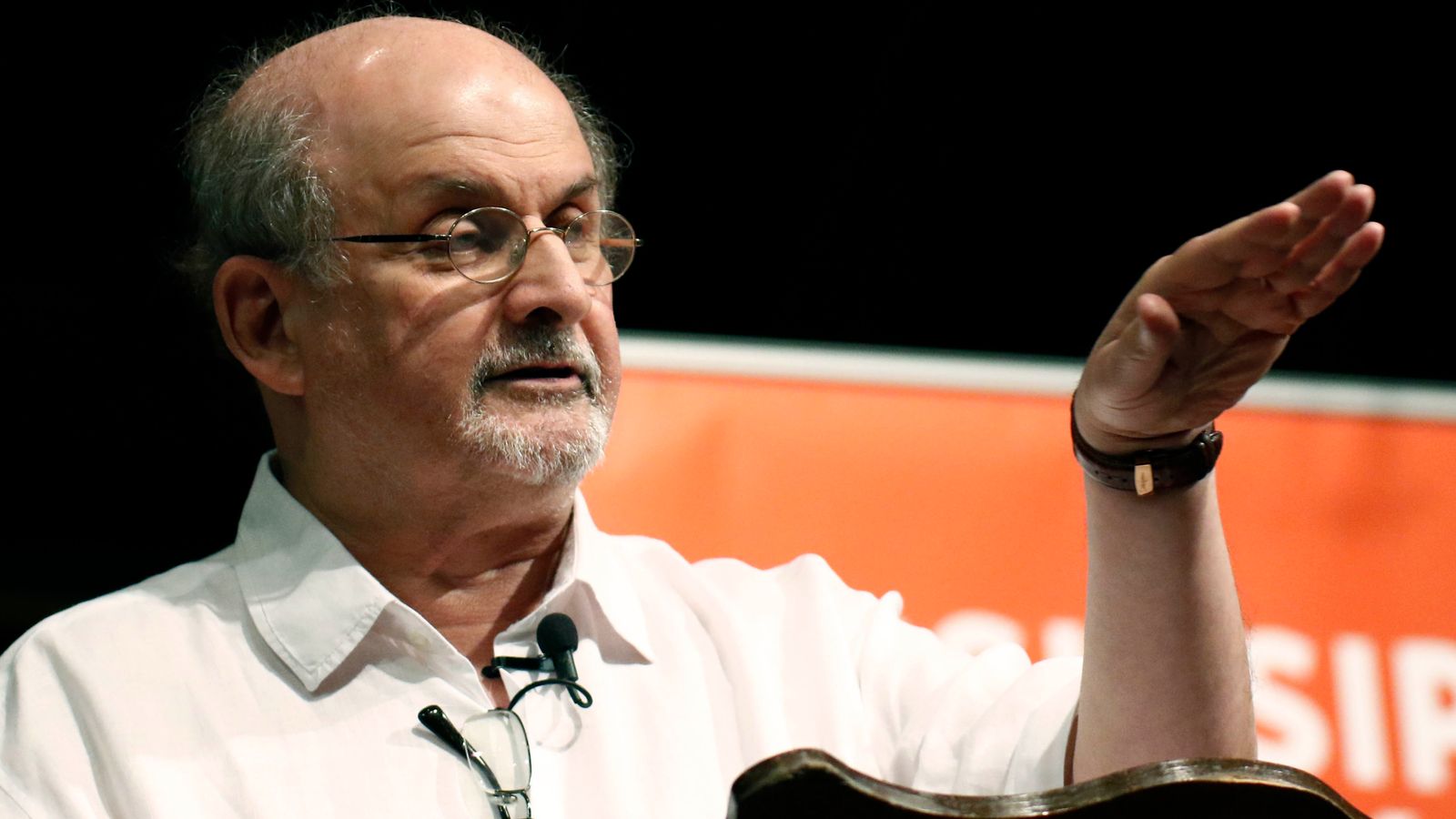 Sir Salman Rushdie stated that his life had been a nightmare for years and that he felt “relatively normal” only weeks before he was attacked by stage attackers.

Two weeks ago, Sir Salman spoke to Stern in Germany. He called himself an optimist and said that when it comes to his own life, he prefers to look forward.

The magazine released the interview on Saturday, one day after the attack, which contained concerns about threats to democracy in America. The interview is scheduled to appear in the magazine on Thursday.

Sir Salman was forced to hide for many years, and was threatened with death after his 1988 publication of The Satanic Verses. This book contained passages that some Muslims considered blasphemous.

The Iranian leader issued a fatwa (or edict) calling for the death of Sir Salman one year later.

Sky News reported that the threats against him had ended by 2017, but he said that they were now “pretty much over”

Adam Boulton spoke to him and said that “the world has changed”.

On Friday, Sir Salman was introducing himself to the Chautauqua Institution audience before he gave a speech. He was then attacked on the stage.

According to his agent, he was airlifted from the airport to a hospital. He underwent hours of surgery. Now, he is on a ventilator.

The late Ayatollah Ruhollah Khomeini issued the fatwa against author, who was the leader of Iran’s 1979 Islamic Revolution.

Stern was informed by Sir Salman that the fatwa calling on Muslims all over the world to kill him because of blasphemy had been pronounced many years ago.

For nearly a decade he was in hiding, but he has been living relatively openly for the past few years.

Hadi Matar, a 24-year-old attacker from Fairview in New Jersey was arrested and is currently being held.

Matar had purchased a pass to the event. Although police don’t know the motive behind the attack, they believe that the suspect was acting on his own.