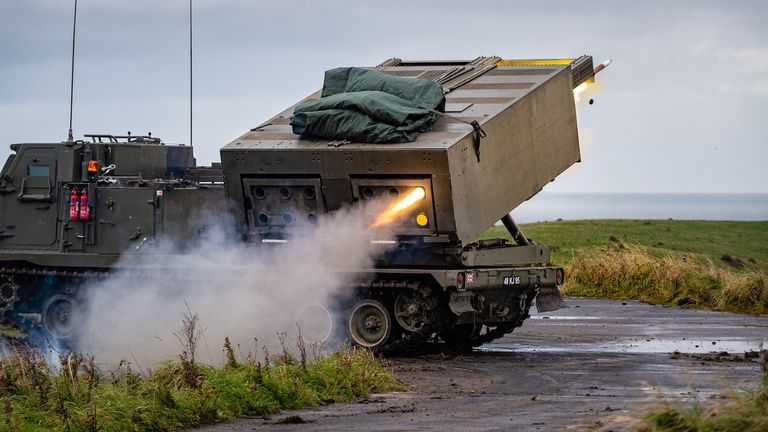 The UK is set to send more weapons to Ukraine to help it defend against Russia’s invasion, the defence secretary has announced.

Multiple-launch rocket systems (MLRS) and precision guided missiles, which can strike targets up to 50 miles away, will be delivered to the eastern European nation, Ben Wallace said.

“This latest tranche of military support will enable the armed forces of Ukraine to continue to defend against Russian aggression and the indiscriminate use of long-range artillery,” he added.

“Our continued support sends a very clear message: Britain and the international community remain opposed to this illegal war and will stand shoulder-to-shoulder, providing defensive military aid to Ukraine to help them defend against Putin’s invasion.”

The M31A1 missiles have been designed to defend against Russian heavy artillery.

Ukrainian troops have already been trained in the UK on how to use the launchers, and 10,000 soldiers are due to receive training in infantry battlefield skills over the coming months.

Canada, Denmark, Finland, Sweden and the Netherlands have also said they will be supporting the programme.

Mr Wallace is due to co-host the Copenhagen Conference for Northern European Defence Allies of Ukraine on Thursday.

During the meeting, officials are expected to discuss long-term support for the war-torn country, including training of troops, equipment and funding.

The UK has previously supplied the country with various weapons, including the NLAW anti-tank missile launcher, which was considered instrumental in the initial defence against Moscow’s invasion.

The latest announcement comes after explosions rocked a Russian airbase in Crimea on Tuesday, killing one person and wounding several more.

While Kyiv has not publicly claimed responsibility for the attack, a senior Ukrainian official told Sky News the country’s special forces carried out the operation.

Ukraine has claimed that nine Russian aircraft were destroyed as a result. 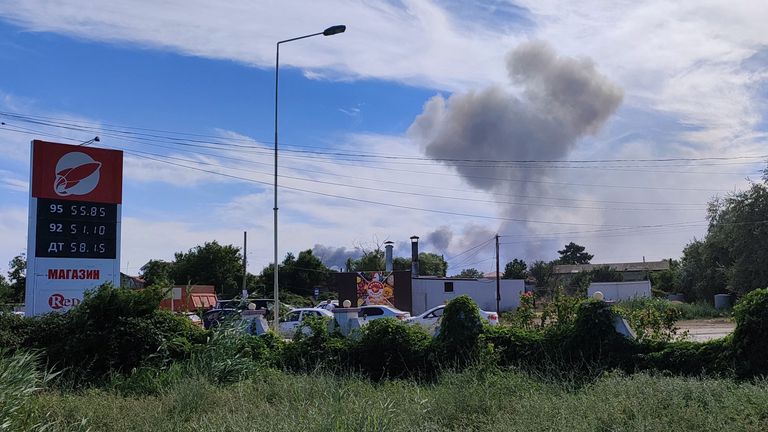 Russia has denied any of its equipment was damaged, seeking to downplay the blasts by saying all hotels and beaches were unaffected on the peninsula.

On Wednesday, Mr Wallace said it was “clear” the explosions were not caused by “someone dropping a cigarette”, as he dismissed Moscow’s “excuses”.

He added that he believes anyone’s “manual of war” would deem the site on the Crimean Peninsula, which was annexed by Moscow in 2014, a “legitimate target” for Ukraine to strike.