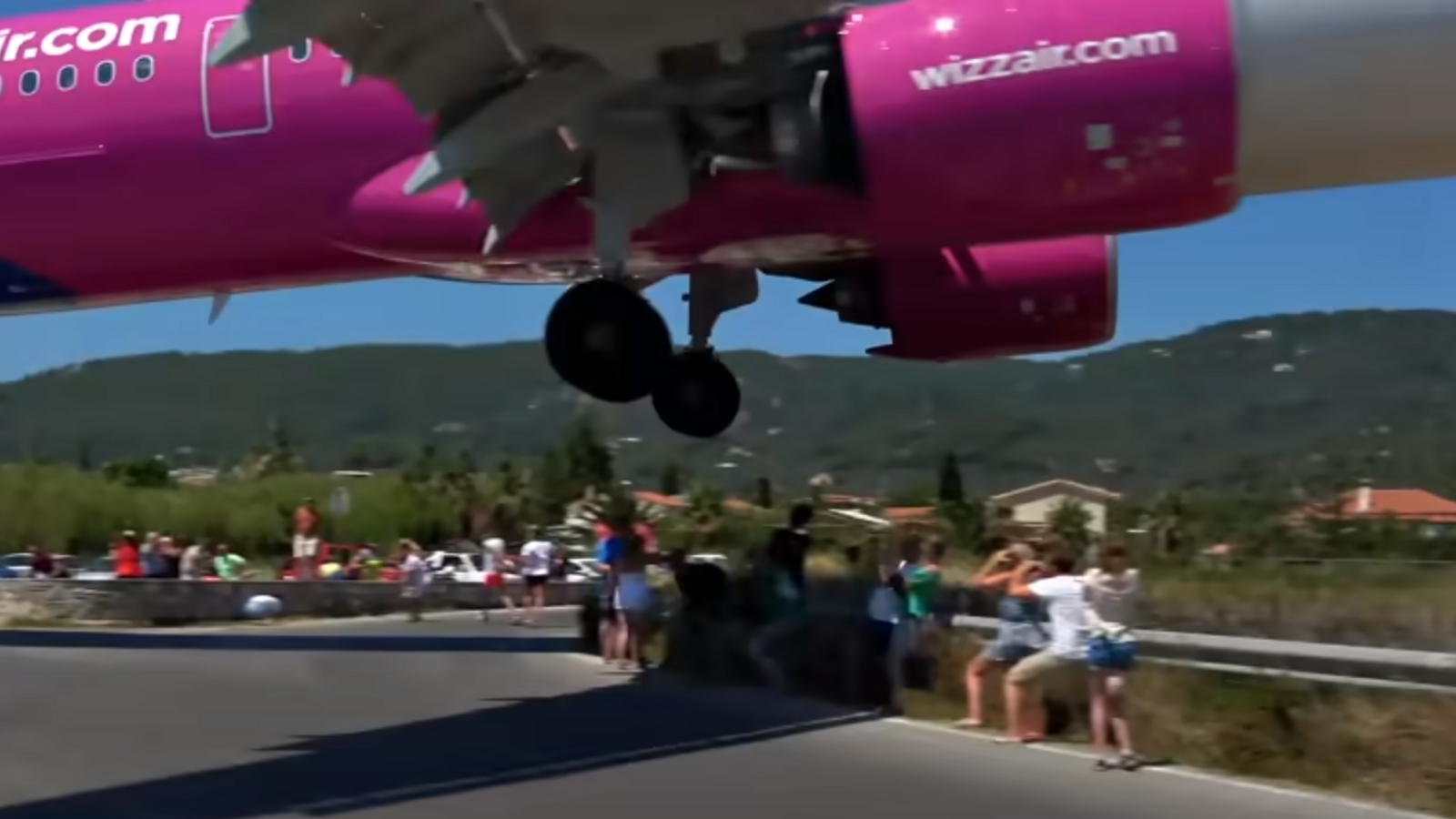 This is the scalp-searing moment a Wizz Air jet passed by the heads of tourists before landing on a Greek holiday island.

The plane, which is said to be an Airbus A321neo, can be seen passing a few feet above the heads of people watching at the end of the runway at Skiathos Airport.

People can be shouting their surprise at the plane getting so close.

Skiathos, located just east of the Greek mainland, is a popular holiday destination.

Its airport is bookended by the Aegean Sea, with planes having to come down over a beach regardless of the direction of approach.

Read more:
Heathrow beginning to recover from travel chaos, airport boss says
How can I keep the kids entertained over the holidays
Cheapest holiday destinations revealed

This is not the first a plane has come in close to bystanders’ heads, with videos showing hair-raising moments through the years.

The YouTube channel which uploaded the video said the recent descent might be “possibly lower” than a previous example where an Air Italy 737-8BK came in at a shallow angle in 2013.